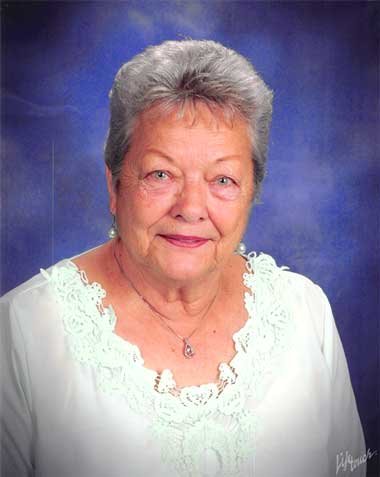 Mary Ann Clark, 74, died January 18, 2020 at her home in the Lovedale community following a three year battle of breast cancer.
Mary Ann spent her days laughing and telling jokes with friends and family. She also enjoyed cooking, playing with her grand babies, and her favorite hobby, playing bingo. Many would say she had the prettiest yards in the county.
She is preceded in death by her father, Walter Rudd; mother, Maggie Goodwin; husband, Billy Clark; sisters, Alma Mayo and Betty Moats; brothers, Noel Rudd, Sr., and Clarence Rudd; one son, Rodney Clark; one grandson, Billy LeighAnn Shaw; and long time friend, Stanley Pittman.
She is survived by her daughter, Rhonda Melnik of Lovedale; granddaughter, Tiffany Shaw Money (Jonathon) of Gordon AL; great grandchildren, Zoey Blighton and Remington Money of Gordon AL; one sister, Doris Conway of Quincy; and a host of nieces, nephews, and special friends.
Funeral service will be 2 pm, Tuesday, January 21, 2020 at Lovedale Baptist Church with Dr. Steve Canada officiating. Interment will follow in the church cemetery with James & Sikes Funeral Home Maddox Chapel directing.
The family will receive friends from 5-7 pm, Monday, January 20, 2020 at James & Sikes Funeral Home Maddox Chapel.
Expressions of sympathy may be made online at www.jamesandsikesfuneralhomes.com