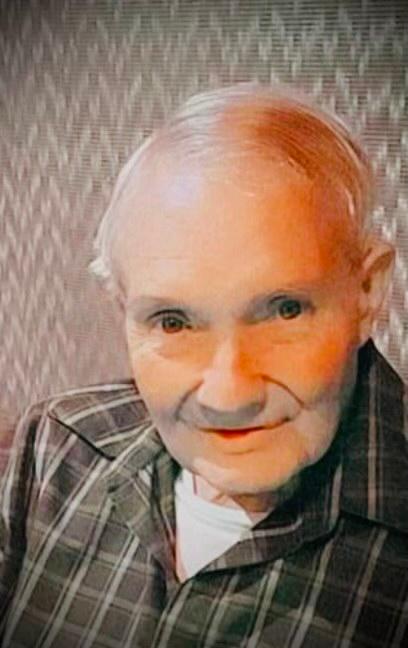 “Trust in the LORD with all thine heart; And lean not unto thine own understanding. In all thy ways acknowledge him, And he shall direct thy paths.” Proverbs 3:5-6 KJV

Mack was born to Benjamin Houston and Gladys Anita Carder on May 29, 1938 in Johnson City, Tennessee.

Left to mourn Mack’s loss are: his daughters, Amelia Carder and fiancé, Justin Black (Blountstown, FL) and Rebecca Hambly and husband, Nate (Marianna, FL); 6 grandchildren, Kayelin and Kirsten Green, Madison and Memphis Hambly, and Ja’Melya and Tamayra Black; one great granddaughter, Ahmayra Mobley. He is also survived by his two sisters, Elizabeth Ramsey and Carolyn Maden and husband Earl; as well as one brother, Dan Carder, and one sister-in-law, Bobbie Carder, all still residing in East Tennessee. He has numerous nieces, nephews, and cousins. Mack has one surviving aunt, Jean Johnson of Gulfport, MS.

Mack grew up and lived in East Tennessee until 1997. There he graduated from Sulphur Springs High School in 1956, attended Sulphur Springs United Methodist Church, worked in the family business, Carder Hardware and after his father became ill, he ran it until it closed in the 1980s. He sold insurance for some time, but his love for the hardware business and working with his hands lead him to work for Sears and Lowe’s until he found his love of building and selling furniture. In the early 1990s, Mack started his own furniture business, mostly selling and delivering household furniture and what he later became known for, his doll rocking chairs. In 1997, he moved to the panhandle of Florida to be with his daughters. There worked for Ramsey’s Piggly Wiggly and Matthew’s Wholesale Bait and Tackle, while continuing to develop his furniture business. Locally, he sold more picnic tables, porch swings, and was known for his hand crafted doll-rockers.

Mack’s love for others was apparent in all he did. He was a loving and devoted son. He went above and beyond honoring his parents, even in ways that most will never know. There wasn’t anything that he wouldn’t do for his family and friends. His children and grandchildren were the pride of his life. He never met a stranger and always saw the best in people and believed in them when no one else did. He was known by many as a friend to those who needed a friend, he was said to have given a job to a man when no one else would, and on several occasions, he gave the last of his money to someone who “needed it more” than he did.

This also attests to what may have been his most admirable trait and one that many around him didn’t understand. His unfailing faith and total trust in God will be an inspiration to others for generations to come. He was always content with what he had and knew that even if he gave his last dime away, God would provide our needs. He often reminded his children that this was the one area in which God’s word says to test him. He trusted in God’s promise that whatever we give, He would return to us with much more. He told of several times when after giving his last dollar to a friend in need, he found money in his mailbox in the exact amount he needed for his next bill.

Mack lived his life as a great example for his children, grandchildren, and those whom he came in contact with. He will leave behind a legacy of faith and trust in God, sacrificial love for family, and of course his favorite pastimes: playing games (Rummy, Dominoes, Chess, Scrabble, and Hearts) and watching sports, especially the Tennessee Volunteers football,

Atlanta Braves baseball, and the NBA.

He enjoyed life to the fullest until his home and workshop were destroyed in Hurricane Michael in 2018. Afterward, he began struggling with symptoms of dementia and Parkinson’s Disease, though it wasn’t diagnosed until December of 2020. He was independent and a fighter and never wished to be a “burden” to anyone.

The family does appreciate the loving care and support provided over the past few years by the staff of Kindred at Home in Marianna, the nurses working the 2nd floor at Jackson Hospital in Marianna, the staff at River Valley Rehabilitation Center in Blountstown, and the many family friends and members of Rivertown Community Church in Marianna and Blountstown.

We will celebrate Mack’s life with a public graveside service at 1:00 p.m. on Monday, August 30, 2021 at Pine Memorial Cemetery.

In lieu of flowers, memorials or donations may be made to the American Parkinson Disease Association (APDA), Parkinson Plaza, 135 Parkinson Avenue, Staten Island, NY 10305-1425 or the Rivertown Community Church FOR Fund, 4534 Lafayette St,