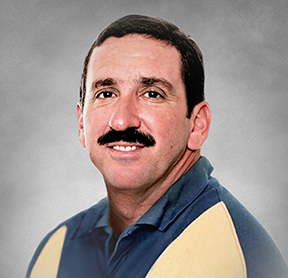 Louis Michael “Mike” Tyus, 61, was born September 26, 1961, to A.J. Tyus and Victoria Fernandez Tyus and passed away on December 27, 2022. Mike was a lifelong citizen of Jackson County and graduated from Sneads High School in 1979. After high school graduation, Mike went to work for the Department of Corrections and in 2007 after 28 years of dedicated service he retired as a Correctional Officer Captain. He loved Florida State football and was a devoted fan. He loved sports in general, but most especially enjoyed playing softball where he earned the nickname “Cheese”. During his spare time, Mike enjoyed fishing in the local ponds of Jackson County. He loved nothing better than spending time with his family. His pride and joy were his grandchildren; they were his world.

Mike is predeceased by his parents, and a brother, Jeffrey Tyus.

A special thanks to his sister Martha for being there every day to take care of Mike.

Funeral Services will be held on Friday, December 30, 2022, beginning at 11:00 AM CST in the chapel of McAlpin Funeral Home with Rev. Mike von Keyserling officiating. Interment will follow at Dykes Cemetery. The family will receive friends one hour prior to the funeral service.

Online condolences may be left at www.mcalpinfuneralhome.com