He was born in Chattahoochee, FL. Leslie lived in Sneads and Jackson County his entire life. He was the owner and operator of Darbys Construction Company, Dar-Bees Quick Stop and Dar-Bees Kwiker Liquor. He enjoyed the beach and loved his family.

No public services are planned, James & Sikes Funeral Homes in charge of arrangements. 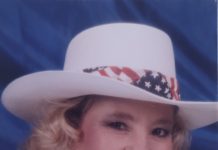