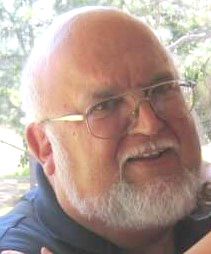 Mr. Kermit M. Wright, age 73 of DeFuniak Springs passed away Friday afternoon, December 25, 2020 in Gulf Coast Regional Medical Center. He was born February 24, 1947 in DeFuniak Springs, the son of Lyman Lester “Slim” Wright and Margaret MaryJane Dunaway Wright. Kermit grew up in DeFuniak Springs, attended Walton Senior High School graduating with Walton’s Class of 1965. He was a veteran having served his country in the United States Air Force. He finally found a home with the United States Postal Service and quickly became Postmaster, serving four separate facilities as Postmaster over his thirty-three year career, Sneads, Freeport, Chipley and his last appointment, his hometown of DeFuniak Springs. Kermit always felt a need to serve his fellowman; beit in civic organizations, city government, church fellowship but he found his heart in Walton County ARC. Always the soft touch, Kermit had a genuine love for his fellowman and his heart was deeply touched by the folks at Walton County ARC where he served in numerous capacities and would often comment it was he that received the blessing. He served all of DeFuniak Springs as a City Councilman and was an advocate that citizens should be heard. Word gets around quick when there is someone who is generous, and folks who were down on their luck seem to navigate to Kermit’s doorstep and not only did he welcome them into his home, but would often times give them food and shelter and a job, helping them with a second chance, regardless of the circumstance. There was a largeness about Kermit Wright; not only in his statue , but he possessed a large heart and a double helping of compassion and love for his fellowman. Any who knew Kermit Wright, and spoke with him always knew how the conversation was going to end; whether a confrontation, or a disagreement, of just a casual chat it always ended the same, in his gruff, low voice, “I LOVE YOU MAN” and no matter who you are, he really did.
Among survivors are his wife, Brenda Wright; his children, Ginger Pittman and husband Jeff, Joseph Lyman Wright and John Bradley Wright and wife Chelsea. His grandchildren, Wilton Grant, Mary Katherine and Jeffery, Jr. and wife Abby, Riley Grace, Raegan Dawn and Dax Brendan. His sister Lajuana Rinker and husband Howard and his brother Warren Alex Wright and wife Sheri; His brother-in-law Bruce Anderson and wife Sandy also survive.
Those asked to serve as Pallbearers are Mike Hargrove, Nick Cosson, Wilton Grant, Jeffery Pittman,Jr. Hunter Bell, Toby Garrett, Wayne Garrett and Steve Henderson.
Flowers are being accepted or memorials may be made in Kermit Wright’s memory to Children’s Home Society, 1801 Miccosukee Commons Drive, Tallahassee, Florida 32308.
A time of visitation will be Monday, December 28, 2020 from 5 until 7 P.M. in Jerry Evans Chapel. Family has requested universal precautions be followed for COVID 19 and that mask be worn and social distancing adhered to. Funeral services will be Tuesday, December 29, 2020 in Jerry Evans Chapel at 11:00 A.M. with limited seating available. Brother Nick Anderson will officiate. Burial will follow in the Wright Family Plot in Magnolia Cemetery. Friends and family may go on line to view obituaries, offer condolences and sign the guest register at jerryevansfuneralhome.com