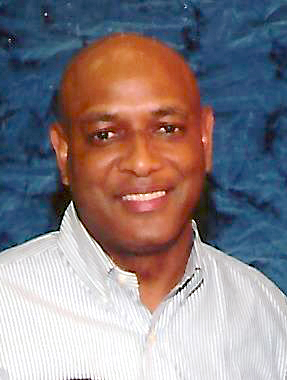 Kenneth Peterson, of Atlanta, Georgia, went home to be with the Lord on December 28, 2019. He was 58 years old and a native of Vernon, Florida
Kenneth was born on March 21, 1961 to the Annie K. Davis and the late Harold Wood. Being reared in a Christian home he accepted Christ as his personal Savior and was reared in the Shiloh Missionary Baptist Church and later joined the Mt. Paran Church of God in Atlanta, Georgia where he was a member until his demise.
He was educated in the public-school system of Washington County Public School System and was a graduate of Vernon High School Class of 1979. After high school he then continued his education at Gulf Coast Community College and then completing his education at Southern Tech University. Kenneth was an engineer by trade and had a deep passion for all sports especially basketball.
He leaves to cherish his memories his wife: Shirley Peterson of Atlanta, Georgia; three daughters: Waukesha Peterson, Kenyetta Peterson and Brandi Peterson and one son: Brandon Peterson, all of Douglasville, Georgia; two grandchildren: McKayla and McKenzie; his mother: Annie K. Davis of Vernon, Florida. four sisters: Sonya Peterson, of Hampton, Georgia Priscilla Poole (Harold) of Orlando, Florida, Tonya Davis of McDonough, Georgia, and Terra Potter ( Yardley) of Ebro, Florida; three brothers: Ricky Peterson (Linda) of Buford, Georgia, Robert Davis (Kimberly) of Brentwood, Tennessee, and Terry Davis of Panama City, Florida; two aunts: Savannah Frederick and Mae Vann (David), both of Vernon, Florida; one uncle: James Peterson of Greencove Springs, Florida; along with a host of nieces, nephews, cousins & friends.
A Memorial Celebration will be held 2PM CST, Saturday, January 4, 2020 from the sanctuary of McQueen’s Temple First Born Church with pastor, Jr. Bishop John O. Brown, and Bro. Leonard Dean, officiating. Committal Services will follow in the St. Luke Memorial Gardens of Vernon, Florida with Cooper Funeral Home of Chipley, Florida, directing.
The remains will lie in repose at the church 1hr prior to services on Saturday. Family and Friends may sign the guestbook online at www.cooperfhchipley.com.