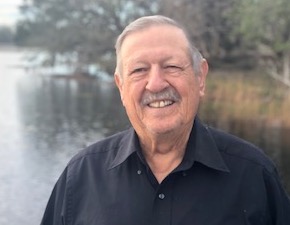 Julian Ralph Roberts, age 84, of Grand Ridge, Florida passed away in the early morning hours on Thursday, October 27, 2022 at his home. He was born October 31, 1937 to James and Donnie (Hare) Roberts in Cypress, Florida.

Julian worked for Monroe Business Machines for approximately 25 years in Orlando, Florida. He then became Owner and Operator of his own business called Dependable Business Machines in Orlando, Florida. He also worked as a Barber and a Refrigeration Technician. He was considered to be a Jack of All Trades! If it ran, he could fix it!! He was a kind, caring individual who was loved and respected by everyone. Julian never spoke negatively of anyone. Always had a positive attitude.

He is preceded in death by his parents, James and Donnie Roberts; Brothers, Fred Roberts, Don Roberts; Daughter, Susan Roberts; and Mother of his Children, Vivian Bates Roberts.

Funeral services will be conducted at 6 PM Monday, October 31, 2022 at James & Sikes Funeral Home Maddox with Pastor Toby Allen officiating. Interment will be in Glen Haven Memorial Park in Orlando. The family will receive friends Monday, from 5-6 PM at James & Sikes Maddox Chapel.