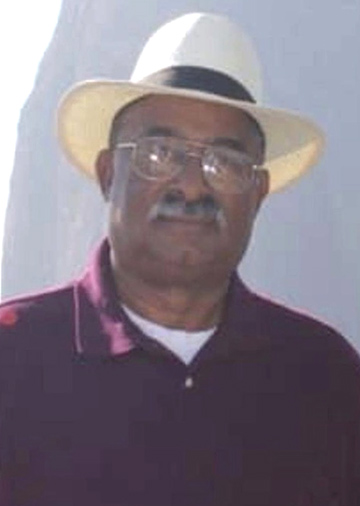 Johnny Paul Stephens, Sr., age 78 of Slocomb, Alabama, known as Paul by family and close friends left this world on January 4, 2021 while in the Southeast Alabama Medical Center in Dothan, Alabama.

Paul was born in Slocomb, Alabama in 1942. After graduating from high school in 1960, Paul left Slocomb to join the US Air Force at the age of 17. Paul met his wife Bernetta Hill while attending courses at the University of Madison and they married in 1963. They have three children, four grandchildren and two great grandchildren.

Paul’s field was in Ground Communications with the USAF Security Service. His assignments included Taiwan, England and Greece. After 23 years in the service, Paul retired from the US Air Force and returned to Slocomb in 1983. He went on to work at Twitchell, the Dothan Police Station and GE, where he retired in 2006. Anyone who met Paul knew how much he enjoyed his retirement. He would often say that he only had to worry about what he’d cook for the day.

He was the perfect provider, totally devoted to his wife and children without any limits. With his Electronics background, he could pretty much fix anything both mechanical and electrical. The phone would ring and then you’d see him leave to go and help someone. He was solid and always willing to share his wisdom on so many things. His family and friends knew they could count on him.

Paul had a passion for fishing, cooking and traveling to new places. People from around the globe are mourning the loss of a wonderful man. He met no strangers, lived his life to the fullest and would often say that he had no regrets and was so thankful for the life the Lord had granted him.

To his loved ones, he was taken too soon, but our hearts are comforted when we remember his words, “When your time is up, you’re leaving this world.” We love him so much and we are going to miss his guidance, wisdom, and his positive energy and upbeat take on life – both fueled by his true belief that God is in control.

Funeral services were held 11:00 AM, Tuesday, January 12, 2021 at Countyline Missionary Baptist Church Cemetery in Slocomb, Alabama. Full military honors were performed; all services were under the directions of Christian Memorial Chapel of Graceville, Florida.