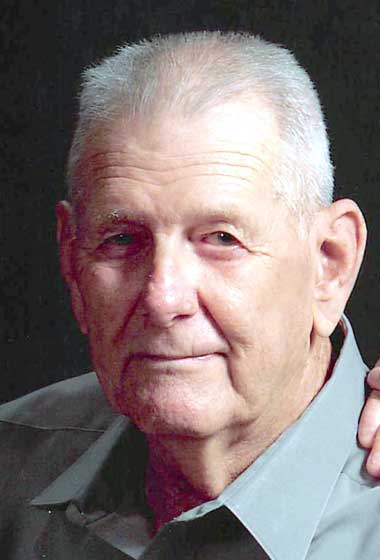 Howard Chafin, age 87, died Sunday, January 12, 2020 at Jackson Hospital.
Howard was born in Marianna, FL where he lived most of his life. He served in the United States Air Force, worked at Arthur G. Dozier School for Boys, built boats for several years, and farmed. Howard was a member of Damascus Free Will Baptist Church, where he served as a Deacon. He loved to fish and hunt, and he especially loved his family.
Howard was preceded in death by his parents, William Franklin Chafin and Johnnie Wynell Singletary Chafin; brothers, William H. Chafin, James Robert Chafin; and sister, Margaret Chafin Boone.
He is survived by his wife, Annette Porter Chafin; son, John A. Chafin and wife, Michele; daughter, Deborah Chafin Mathis and husband, Ron; stepmother, Marie Chafin, all of Marianna; brother, John Chafin and wife, Paula of Tallahassee; sisters, Sarah Wright and husband, Ronnie; Elsie Myrick, and Brenda Peters, all of Marianna; four grandchildren, Hayes Chafin, Sarah Mathis, Chad Chafin and wife, Catherine, all of Marianna; Maggie Cox and husband, Jeremy of Birmingham, AL. He is also survived by four great-grandchildren, Braiden Chafin, Avianna Chafin, Luke Chafin, all of Marianna, and Mathis Cox of Birmingham, AL; numerous nieces and nephews; and sister-in-law, Jane Chafin.
Funeral service will be 2:00 PM Wednesday, January 15, 2020 at Damascus Free Will Baptist Church with Revs. Charles Johnson, Donnie Hussey and Ronnie Wright officiating. Interment will follow in the Church Cemetery with James & Sikes Funeral Home Maddox Chapel directing.
The family will receive friends from 12:30 PM to 1:30 PM, Wednesday, January 15, 2020 at Damascus Free Will Baptist Church.
Expressions of Sympathy may be made online at www.jamesandsikesfuneralhomes.com