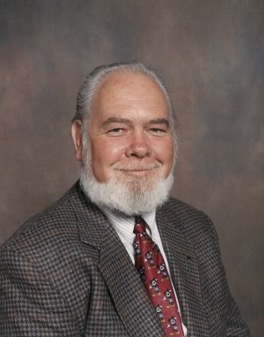 John Elwyn Pelham, 81 years old, of Malone Fl. passed away on January 5, 2023, at his home with his devoted wife of 59 years by his side.
After graduating from Alameda High School, California in 1959, John married his high school sweetheart, Shirley, on May 3, 1963. John had an undeniable love for his family that he reminded them of each day. His greatest joy in life was being called “Papa” by his grandkids and great grandkids. The only thing John loved more than his family was serving the Lord, which he did selflessly as a devoted member of the Marianna Seventh Day Adventist Church the entirety of his life. Not only did he serve his church and community by spreading the word of God to everyone he encountered, but he also served his country with honor in the Navy for 4 years. John leaves behind a legacy of faith, love and countless memories his family will forever cherish.
John was preceded in death by his father, James Irven Pelham; mother, Valestine Skinner Pelham; three brothers, Charles Edward Pelham, James Irven Pelham II, Harold Wayne Pelham; granddaughter, Mindi Michelle Dixson; son-in-law, Keith Alan Dixson and grandson, Danny James Hall.
John is survived by his wife, Shirley Jean Pelham; one brother, Norman Eugene Pelham (Susan); one daughter, Lisa Michelle Dixson; two sons, James Anthony Pelham (Teresa), Bradley Hollis Pelham (Debbie); four grandkids, Megan Kay (Bobby), Mason Dixson (Frankie), Ashley Welch (Brandon), Andrea Dunaway (Cody); eight great grandkids, Bryson Hamilton, Kensley Kay, Bentley Kay, Brentlee Dean, Cecily Dixson, Lauren Welch, Wesley Welch, Addisyn Dunaway, and a host of cousins, nieces, nephews and church family.
For God so loved the world, that he gave his only begotten Son, that whosoever believeth in him should not perish, but have everlasting life. John 3:16
Family and friends are welcome to pay their respects at the family home.
A celebration of Life service will be 3 p.m. Saturday, February 11, 2023 at the Marianna Seventh Day Adventist Church With Pastor Elton DeSousa officiating. Marianna Chapel Funeral Home is in charge of arrangements.
Condolences may be made online at www.mariannachapelfh.com