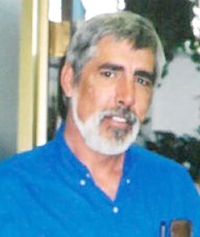 John Deighton Decoubertin Simpson, IV, passed away on April 28, 2019 due to complications from pneumonia. The greatest joys of John’s life were his wife Elizabeth Milton Simpson, his daughters Kathryn and Gabrielle, and the Florida Gators.

He is preceded in death by his parents, John “Beau” Deighton Simpson, II, and Margaret Patricia Simpson, and his children John Milton Simpson, Lauren Dominique Simpson, and Mary Margaret “Maggie” Simpson. John is survived by his wife, Elizabeth Milton Simpson and his daughters Kathryn Elizabeth Simpson, and Gabrielle Nicole Simpson, his brothers Michael Thomas Simpson (Mary Katherine “Kay” Simpson) and Mark Ferris Simpson, and his bird dog JayBeau. John was born in Los Angeles, California on October 4, 1950. His family moved to Jackson County, Florida in 1956, where John spent the remainder of his life. John was a gifted athlete, lettering in football and basketball at Cottondale High School. He earned his AA from Chipola College, his BA in Economics from the University of Florida, and his JD from Gonzaga University College of Law. John was admitted to the Florida Bar in 1978. He was an aggressive and successful advocate for his clients. He was particularly proud to defend the rights and freedoms of individuals near and far. John always had a Brittany bird dog by his side. He was an avid hunter and fisherman, spending many days in the field and on the water, especially with his late father. He brought home dove, quail, pheasant, and duck, as well as both fresh and saltwater fish. He explored most of the rivers and creeks in the Florida Panhandle. He pulled off camo in court and always did his crossword puzzle in pen. He was a die-hard Florida Gator fan, who lived in orange and blue. “Its GREAT to be a FLORIDA Gator!”

In lieu of flowers the family is requesting donations be made to St. Jude’s Children Hospital or to St. Luke’s Episcopal Church.

We are the boys from old Florida

Where the girls are the fairest,

The boys are the squarest

Of any old state down our way

We are all strong for old Florida

Down where the old Gators play

In all kinds of weather

We’ll all stick together