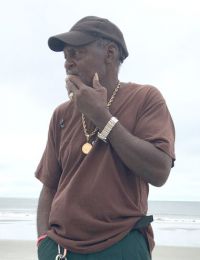 Mr. Hearns was born on May 14, 1952 in Chattahoochee, Florida to Elry and Ruby Hearns. He moved to Malone, Florida and married Vickie Brelove on July 11, 1997. To this union two daughters:  Venisha and Jakivia Hearns were born.

Joe worked for Oakley Trucking Company, Lily Industries, and Farley Nuclear Plant. After retiring from Farley Nuclear Plant he created his own business, Hearns Trucking Company and continued to work until his passing. Joe was very active in the community. He mentored several children and coached softball for many years. Some of those teams included the Blazin’ Heat, Snow Hill Sluggers, and Malone High School.

Homegoing Celebration of Life services will be held on Wednesday, April 24, 2019 at 11:00 AM CST from the sanctuary of the Snow Hill African Methodist Episcopal Church in Malone, Florida where the Reverend Adrienne McClendon is pastor. Interment in the Snow Hill Cemetery. Vann Funeral Home in charge.

Mr. Hearns will lie in state at the church from 10:00 AM until time for the service.