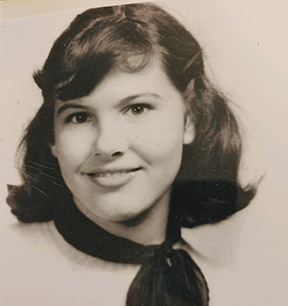 Jo Ann Tillman Allen of Tallahassee, Florida passed away on January 15, 2023, at the age of 85. She was born in 1937 in the small town of Claxton, Georgia to Ivey and Gertie Tillman. She married Ray Allen in 1953 and began traveling the world with her military spouse. Her overseas travels included Japan, Germany, and the Philippines. Jo Ann and Ray served together in the church as he was a minister of music in several churches. She was a woman of great faith and spent her life in service of others; her faith and family were her life. A life motto that describes her well – “you must make a commitment to make a difference.” She was a devoted Christian, wife, and mother. Jo Ann truly loved her family and friends.

Jo Ann was preceded in death by her parents, an infant son, Ray Allen, Jr., her husband Ray Allen, Sr., a brother I.G. Tillman and a son Randy Allen. She is survived by three children, Ret Col Patricia Stadler and her husband Paul of Tallahassee, Amy Allen of Las Vegas, NV and Ronnie Allen and his wife Rhonda of Colorado Springs, CO; a daughter in law, Lana Allen of Dothan, AL; one brother, Billy Tillman of Claxton, GA; many grandchildren and great grandchildren; one great-great grandchild as well as many nieces and nephews.

Flowers are welcomed or in lieu of flowers, memorial donations may be made to the Multiple Sclerosis Society, Donation Center, PO Box 91891, Washington, D.C. 20090-1891

A funeral service for Jo Ann will be held on Friday, January 20, 2023, beginning at 11:00 AM Central Time in the chapel of McAlpin Funeral Home with Rev. Danny Williams officiating. A time of visitation with the family will begin one hour prior to the funeral service. Interment will be private at Mt. Pleasant Cemetery.