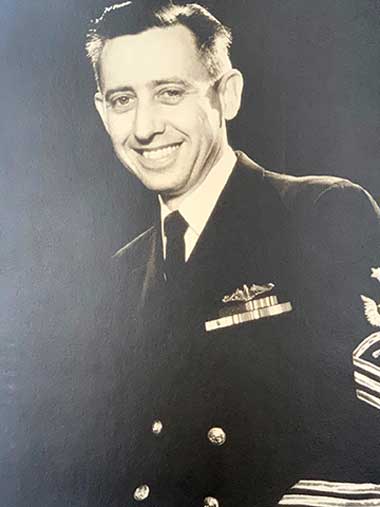 On Sunday, December 8, 2019, Jesse F. Childs, loving husband and father of two children, passed away at the age of 93.
Jesse was born on October 19, 1926 in Geneva, AL to Jesse and Maggie (Mims) Childs. On February 18, 1961 he married the love of his life, Sandra Ann Smith and together they raised two children, Russell and Lenora.
He entered the U S Navy in 1943 during World War II and served in Korea. Jesse retired from the military after 22 years of honorable service in the U S Navy. He had his own business for several years and later worked as an Engineer for the State of Florida in Chattahoochee, until retirement at the age of 74.
Jesse had a passion for all aspects of flight. He loved animals and had a very special kinship with cats. In retirement, one would often find him feeding stray cats or rescuing them for spaying/neutering and locating a good home, often his home. Jesse was known for his helping hand, kindness, quick wit, and compassionate spirit.
Jesse is survived by his precious wife of 58 years Sandra Childs; his two children, Russell Childs and Lenora Childs-Poole; daughter-in-law Julie Childs; six grandchildren, Cory Childs, Katie Childs Hogan, Dalton Childs, Hayley Poole, Aaron Poole and Hayden Poole, as well as three great-grandchildren, Noah, Jace and Eleana.
Jesse is preceded in death by one sister, Onyx Sellers Merritt of Tallahassee; one half-sister and one half-brother.
In memory of Jesse and in lieu of flowers, please consider assisting his family with finding or providing a loving home for his beloved feline friends.
A memorial service will be held on Saturday, December 14, 2019 at McAlpin Funeral Home in Sneads, Florida at 2:00 PM Eastern Time. Visitation for friends and family will be held immediately after the services.
Jesse will be laid to rest at the Tallahassee National Cemetery in Tallahassee, FL on a near future date with full military honors.