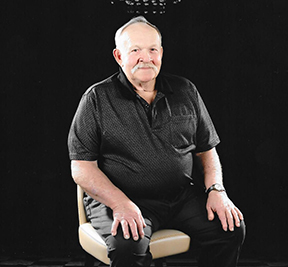 Jerry Waldron Sr., age 77 of Bonifay, FL passed peacefully from this life in his home on Saturday, December 10, 2022. He was born on December 1, 1945 in Sebring, FL to the late Harvey Waldron and Lettie Lucile (Keen) Waldron. He was a resident of the Holmes and Washington County area since 1976. He was known and loved by many for his Heart of Gold, Strong Work Ethic, along with his love for Family, Traveling, Fishing, and Florida State Football.

Along with his parents, Jerry is preceded in death by his wife of 50 years, Barbara A. Waldron and numerous brothers and sisters.

Funeral Services for Jerry will be held on Thursday, December 15, 2022 at Brown Funeral Home. Family will receive friends for visitation starting at 1:00 P.M. Funeral Service will follow at 2:00 P.M. with Reverend Cloys Joiner officiating. Interment will follow at Pleasant Hill Cemetery.

His family would like to extend their heartfelt gratitude to Covenant Care for their endless hours and devotion to the well being of their Father, Grandfather, and Great Grandfather.

Brown Funeral Home & Blue Lake Crematory of Chipley, FL is in charge of arrangements. Family and friends may sign the online register at www.brownfh.net