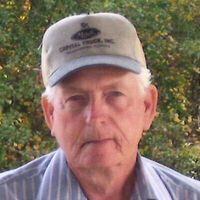 Jerry Hughes, age 77, passed from this life Wednesday, March 10, 2021 at his home. He was born in Washington County, Florida on December 2, 1943 to Joseph and Lena (Jackson) Hughes. Jerry started working at Lehigh as a truck driver and left there as a Case Assembly Supervisor after 30 years.

Funeral service for Jerry will be held 3:00P.M., Saturday, March 13, 2021 at Cottondale First Assembly of God with Rev. Chris Franklin officiating. Interment will follow in the Piney Grove Baptist Church Cemetery in Cottondale, Florida. Visitation will be held 2:00P.M. prior to the service.