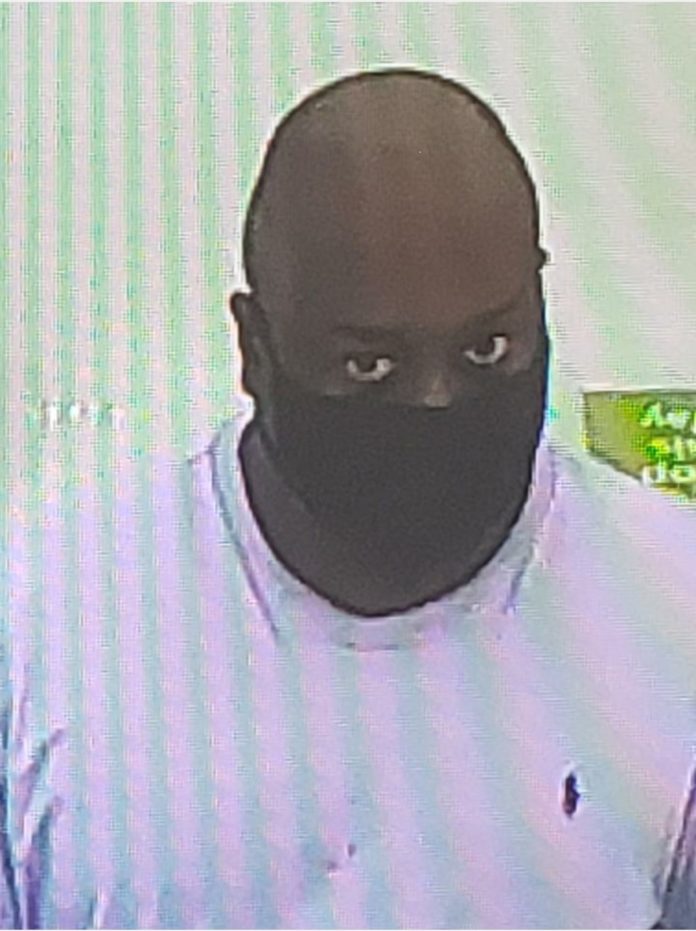 The Jackson County Sheriff’s Office is asking for the public’s assistance in identifying this individual. A female, who was in the Marianna Wal-Mart on August 5th at around 8:15 p.m. observed a man following her around the store. As she made her way into the health and beauty section, the unidentified male approached her from behind and touched her inappropriately. She attempted to remove herself from his proximity, but he followed her to another isle. After observing her for a short time, the male exposed himself and performed lewd and perverted acts in her presence as well as in the presence of several juvenile females. Her allegations were confirmed by video surveillance. The female fled the area and contacted Law Enforcement. As you can see in the still frames of the video, the male is heavyset and has a shaved head. Although his shirt appears white in the pictures, it is actually lavender or light purple. If anyone has any information regarding the identity of this individual, please contact Lt. Quinton Hollis of  the Jackson County Sheriff’s Office at 850 482-9648 or Crimestoppers at 850 526-5000. You do not have to give your name and a reward is offered if this person is brought to justice. The Sheriff’s Office asks that you please not post your suspicions on-line as it may bring undue harm to the wrong person. Positive identification is difficult based on the facial covering, but your information may be the piece of the puzzle that helps bring this individual to justice.