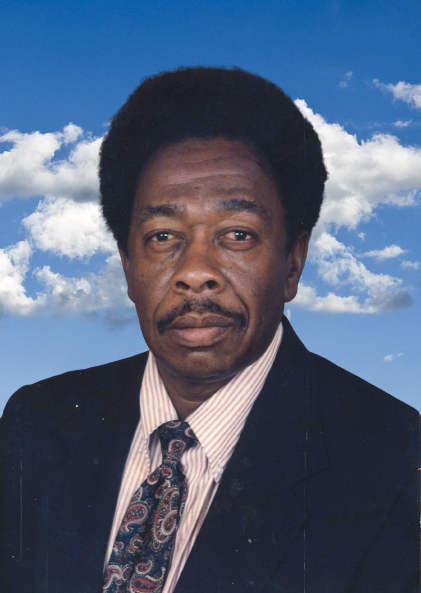 He worked for and retired from the Bay Line Railroad with over 20 years of service.

Although, by nature, he was somewhat a quiet person, he enjoyed telling jokes which always brought a smile to your face. He was an avid lover of country music and taught himself how to play the harmonica. He was actually very good. His love for country music led him to writing a song, sending it to be published and making a “45 record”. He also took opportunities to grow his own vegetables and to raise pigs and chickens which he took much pride in doing. However, his favorite “outside work” as he called it, was taking care of the lawn. He would go from “sun-up” to “sun down” become exhausted yet be satisfied all at the same time.

During adulthood he made a conscious decision to confess Jesus Christ as his Lord and Savior and joined the Springfield African Methodist Episcopal Church. He readily got involved serving as a Steward and in other capacities. He loved serving alongside all of his fellow servants. He also loved chatting on the phone with his “little church buddy-Brenda Tucker (his niece)”. They were like two peas in a pod. When called upon to pray, at his church or surrounding churches, he took it very seriously and did it “from his heart”. When church services were not being held, he would read, study and meditate on scriptures to the point of being able to voice scripture verbatim from the Bible. He also wrote little study materials and shared them with others while out visiting.

He was united in Holy Matrimony to Elouise D. Russ and shared over 60 wonderful years of marriage together.

Interment followed in the church cemetery under the directions of Christian Memorial Chapel of Graceville, Florida.