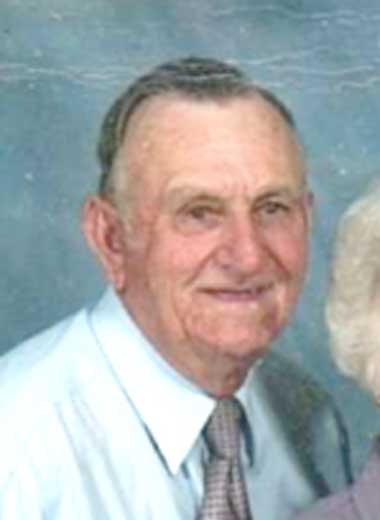 James Lewis “Woody” Robbirds, 86, of Grand Ridge, passed away on May 15, 2020, at his home.
A native of the Shady Grove Community in Jackson County, FL, he was born September 20, 1933, to the late Charles Clifford “Charlie” Robbirds and Essie Louise Spooner Robbirds. Woody graduated from Grand Ridge School, worked as a park ranger at the Florida Caverns State Park, and retired from Louisiana Pacific wood mill in Cypress. He enjoyed fishing, growing flowers, farming on his family land, growing cane, and making cane syrup in the fall. He enjoyed nothing better than family gatherings at his father’s fish camp where he grew up as a child and young man, enjoying lots of home cooking.
He was proceeded in death by his parents; wife, Margaret A. Robbirds; one sister, Dorothy Jean Adams; two brothers, Charles Clayton Robbirds and Roy Clifford Robbirds; one niece, Sandi R. Adams; one nephew, Robert “Robbie” Guy; and one step son, Michael McMillian.
Survivors include one sister, Mary Janifer “Jan” Lambert and husband, Rick of Grand Ridge; three step-sons, Brady McMillian, Kevin Hall, and Chris Hall; two adopted children, son, Michael Robbirds and daughter, Trinity Robbirds; three nieces, Jessica Lambert, Julie Kressman, and V. Debra Saphire; four nephews, Shane Melvin, Greg Robbirds, Cliff Robbirds, and Chuck Adams; a host of step-grandchildren, step great-grandchild, great nieces and nephews, a host of cousins, friends and extended family.
A private graveside service will be conducted in Shady Grove Cemetery with James & Sikes Funeral Home Maddox Chapel directing.
Expressions of sympathy may be made online at www.jamesandsikesfuneralhomes.com