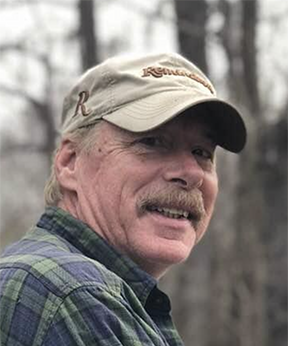 He was born April 10, 1955 on the Airforce base at Rantoul, IL, to Felder “Bubba” Keen Streetman and the late Mary Ann Hartsfield Streetman. The family lived on various Air force Bases including Tampa, Puerto Rico, Massachusetts and Orlando, before settling in Marianna after the loss of his mother.

He was raised by his Uncle and Aunt, Danny and Zade Guy and Grandmother, Laura Smith Streetman with special support of Uncle and Aunt Jimmy and Toolie Harkins. After graduating Marianna High School in 1973 he served his country by joining the Army. He also worked for his Uncle Jimmy Harkins at the Dairy Keen and Donut Den. His other career achievements include becoming an automotive mechanic, parts manager for Bob Pforte Motors, and National Automotive Trainer for Standard Motor Products. He helped begin the ASE certification program for Chipola College, was the owner of Dinos Pizza and a Real Estate Broker. Jamie also served his hometown through the Jackson Hospital Board, Marianna Optimist Club, and Chamber of Commerce. He was an avid archer, hunter, and fisherman. If he wasn’t spending time outdoors, he could be found spending time with his beloved pet, Lola. He was a caregiver and an inspiring and encouraging friend to many.

In lieu of flowers the family would like you to take someone fishing, plant a tree, serve your community in a positive manner and or inspire someone in Jamie’s honor and remember to make today a great day.

Expressions of sympathy may be made at http://www.jamesandsikesfuneralhomes.com