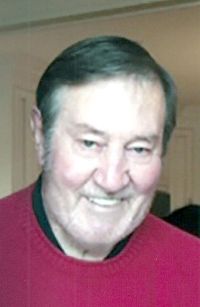 TUSCALOOSA – James Darwin Justiss, age 82, passed away on May 21, 2019, doing what he loved best – tending to his very unique garden at his home. His family’s hearts are full in knowing that he stepped from his backyard garden into the Heavenly Garden that God had prepared for him. Celebration of Life Service will be held at 11:00 a.m. on Saturday, May 25, 2019, at Heritage Chapel, with visitation beginning at 10:00 a.m. Dr. Tim Lovett will be officiating and Heritage Chapel Funeral Home & Cremations, a Dignity Memorial Provider, directing.

He leaves behind his wife of 36 years, Brenda Berryhill Justiss; his sons, Brian Justiss and Clay Justiss of Tuscaloosa; three grandchildren, John Justiss, Julia Justiss, and Ryan Justiss; and one great-grandson, Jaxon, who quickly became the light of his life.

Darwin was an outstanding athlete at Marianna (Florida) High School. He attended Florida State University, where he excelled on the dive team and in gymnastics. He was also a member of Kappa Alpha Fraternity while at FSU. He established a successful career as a swimming and diving coach in Texas and was recruited by the Montgomery YMCA to develop their swim team. In 1966, he was hired to establish a swim team in Tuscaloosa at the Queen City Pool. In 1968, he joined Gulf States Paper Corporation (North River Yacht Club), where he remained in resort management until retirement.

In lieu of flowers, contributions may be made to the Acts 1:8 Ministry or the S. D. Allen Ministry at Calvary Baptist Church or Big Oak Ranch.

Condolences may be offered at www.HeritageChapelTuscaloosa.com.