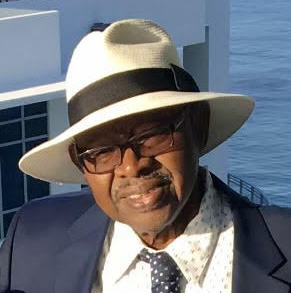 On December 22, 1940, James Charles White, Sr. affectionately called Flat was born in Marianna, Florida to the late Sir Leroy and Lady Beulah Godwin White. He entered peacefully into eternal rest on July 17, 2021. He was 80 years old.

Flat matriculated through Jackson County public school system and completed his studies as Valedictorian, Class of 1960 at Jackson County Training School. Flat decided to amplify his intellectual abilities at Florida A&M University as a Political Science major where he gained an appreciation for his love of higher education and his favorite institution.

He began his professional career in Sales and Retail merchandising for Kraft Foods, serving in South Florida over three decades, where he trained, debated and educated all who worked beside him in grocery merchandising. He was a man of many gifts; a chef, free-hand artist and influencer.

He received a right hand of fellowship at Central Missionary Baptist Church in 2014, under the leadership of Pastor Kenneth Hardemon Pace. Flat’s curiosity was enriched through quizzing and debating with his fellow laymen at Central.

A homegoing celebration will be held Thursday, July 29th at 11am. EST at Central Missionary Baptist Church in West Park, Florida with Pastor Kenneth Hardemon Pace officiating. Interment will follow Monday, August 2nd at 10a.m. in the Bethlehem Church Cemetery in Cottondale with arrangements entrusted to the Caring Staff at Peoples Funeral Home of Marianna.