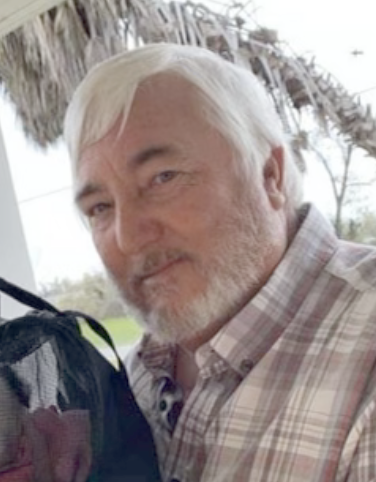 James “Carey” Wilson, age 68, of Malone, FL, went to be with his Lord and Savior on Thursday, October 14, 2021 at Tallahassee Memorial Healthcare. James was born in Donalsonville, GA, to the late James Curtis Wilson and Alcie Patricia Brown on December 27, 1952.

Carey married Linda Rowan on June 19, 1971 and they were blessed with two daughters, Wendy and Crystal Wilson. The family traveled during the early years as Carey excelled in the construction industry. He specialized in sheet rock and truly enjoyed his job. After several years in Atlanta, GA, the family moved back home to Malone, FL. After relocating back to Jackson County, he was then employed with Jackson Correctional Institution where he began his career with corrections. Carey also was the owner of Wilson Lawn Care for over 30 years and enjoyed maintaining his local clients who became like family. After his health declined over the last several years, Carey was extremely thankful to have his son-in-law, Randy Benton, who would join in or take over his yards without hesitation.

In May of 2010, Carey married Patti-Ann Reeves and added four bonus daughters and their families to love. Sandra Ward, Melissa Loper, Teresa Mills, and Kim Marie Reeves. James attended Friendship Baptist Church for many years and also was a member of Cypress Grove Assembly of God Church.

Carey enjoyed fishing in his spare time and talking. He loved people. When not working you could find him looking for bargains. He loved the hunt of finding a deal he couldn’t pass up. Above all else, Carey loved the Lord and spending time with his grand-babies.

He was preceded in death by his parents, James and Alcie Wilson; daughter, Crystal Lynn Wilson; brother, Don Wilson; and sister, Darlene Tidwell.

The family will receive friends for visitation from 5 p.m. to 7 p.m. Monday, October 18, 2021 at Cypress Grove Assembly of God Church.