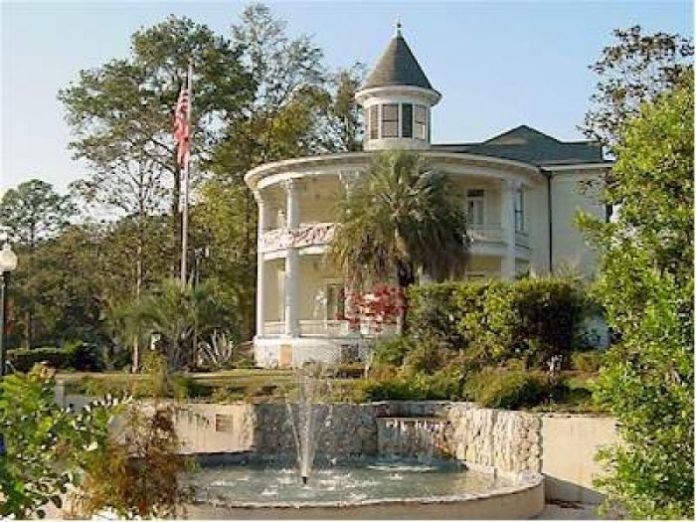 TDC Director Christy Andreasen began looking to add a reminder of this event in Jackson County that would be representative of what it’s known for and a reminder of the history-changing event to the landscape of our county. She wanted this to be on the lawn of the Chamber of Commerce.

We’ve seen works from Washington County resident, Chad Gainey, over the years and even more since hurricane Michael.  The aftermath of the storm was an opportunity for Gainey to use his chainsaw to make art out of the fallen trees.

At the regular meeting of the Jackson County Board of Commissioners Tuesday night, the board approved the funding for one of these sculptures on a 4-1 vote. Commissioner Willie Spires made the motion with a second by Chuck Lockey. Commissioner Jim Peacock cast the descending vote. In an interview with Peacock Wednesday morning, he said, “I voted against it because it is wood and wood as a rule will rot or fall apart if it’s not treated. I’m also not sure that accurately represents Jackson County and I am not a fan of wasting money. It doesn’t matter if it’s TDC money or not, I don’t like to waste money.”

Others said they think it’d be a positive spin on what happened to the community. “The Russ House is a place where a lot of tourists come in to find out what to do in the county, and I’ve seen them in different areas and I’ve seen some of Mr. Gainey’s work and I think it would be neat to have that in remembrance of the hurricane,” said Clint Pate, County Commission Chairman.

The chosen design is planned to be a canoe, or kayak to show the many aspects of the county, like the timber industry, the waterways and eco-tourism and the Indian heritage of the first settlers of the area.