There were 260 inmates lodged in the Jackson County Jail this morning. 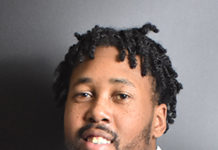