The Jackson County Education Foundation’s mission is to give, give, give to the students of Jackson County. Year after year they take on projects for the funding of grants for both individual teachers and classroom as well as school grants. Tuesday afternoon, those who had been awarded grants gathered at the Jackson County School Board district office for the presentation of the check from the Foundation. For every dollar raised by the Foundation, the State matches it dollar for dollar. This year’s total was $29,435.62, the largest thus far by the Foundation.
Teachers who were awarded grants and their grant titles are listed below.
Lisa Taylor from Cottondale Elementary grant is called, “We are Listening for Comprehension and Fluency”.
Donna Wilson also from Cottondale Elementary, her grant is titled ‘You Get a Flexy Seat”.
Genia Smith from Cottondale Elementary had a grant called, “See It in Color” and requested computer screens.
Malone’s Angela Newsom called her grant, “Marvelous Motivation”.
Jill Berquist and Tami Hall from Marianna High titled their grant, “All the World’s a Stage”.
Amy Miller from Graceville High, asked that if she receives grant money that it would be used for science and STEM kits.
Cindy Franklin also from Graceville High, asked for a grant for science lab kits.
Wade Caudle from Graceville High, requested a grant for an interactive practice and assessment station for band.
Riverside Elementary’s Sydney Dickson titled her grant, “ELA Centers for Success”.
Brittany McKee also from Riverside Elementary called her grant, “Mobi Magic”.
Alana Green from Golson titled her grant, “Starting Our Day with STEM and Play”.
Sue Ingram from Riverside called her grant, “Let’s Get Focused”.
Vickie Hogan from Golson’s grant is titled, “We Love Literacy”.
DeeAnna Golden form Golson called her grant, “Engaging Children with Literacy”.
Cottondale Elementary’s Alanna Russ called her grant, “Let’s Go to The Fair”.
Riverside Elementary’s fifth grade science teachers asked for a sea mobile travel aquarium.
Dr. Jerri Benton from Marianna High titled her grant, “Technology in the Art Room”.
Rosie Wade and Reanna Logan from Riverside called their grant, “Listen While We Teach”.
LuAnn Law from Marianna High titled her grant, “Reading Professional Development Films”.
Shauna Ferguson from Sneads Elementary asked that if she received a grant that it be used for a listening center.
Niki White from Malone titled her grant, “Blasting Off with Science Skills”.
Miranda Jordan from Graceville Elementary, asked for an SRA reading lab for individualized instruction.
Melody Parrish also from Graceville Elementary, asked for an SRA reading lab for individualized instruction 2.
Teresa Martin From Malone called her grant, “Active Students are Engaged Learners”.
Monica Mobley from Riverside titled her grant, “Wiggle, Jiggie, Learn”.
Kerrianne Edwards called her grant, “Living Things”.
Shannie Bess from Golson asked that her grant be used for improving classroom performance in math and science.
Catherine Connor from Golson is calling her grant, “Every Child is a Star!”.
Daryl Williams from Marianna High called his grant, “Teaching Like it’s 2999!”.
Sneads Elementary’s fourth grade teachers are asking for a grant to be used toward student engagement.
Missy Mitchell from Jackson Alternative asked that her grant request be used for CACL STEM for Learning.
Kim Williams from Golson Elementary called her grant, “Teacher Life Organized”.
Lechael Baylock from Golson titled her grant, “Reading Works”.
Congratulations to these teachers on receipt of their grants and the assertiveness shown in taking to prepare the grant requests for the betterment of their students from the publisher and staff of the Jackson County Times. 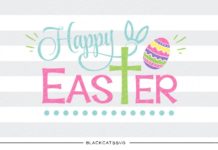 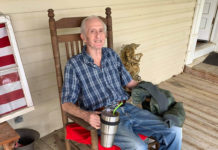 Gerald “Jerry” Chatwood – shaping one student at a time