Mr. J C Davis age 77 of Dothan, AL passed away October 25th at
His residence surround by his loving family.
Funeral services will be held 3:30 p.m. Saturday November 2nd at the Springhill Missionary Baptist Church located county road 22 Columbia, AL where Rev. Charles Lane is pastor and with Rev. David Britt officiating. Interment will follow in the church cemetery with McKinnie Funeral Home of Campbellton directing. Viewing will be held two hours prior the service at the church.
J C Davis was born May 27th 1942 to Henry and Rosie Davis he was the sixth child born to this union.
JC was employed with the Farley Nuclear Plant for numerous years. He enjoyed watching sports and his favorite westerns television shows. He also enjoyed spending time with his family.
JC was preceded in death by His parents: Henry and Rosie Davis, His Brothers: R.C. Forrester, James Wallace, and Joe Lee Davis, Two Brothers in law: Quincy Griggs and Grady Miller.
He Leaves to cherish and honor his legacy: One daughter: Tina Carroll and Two grandchildren.
His Brothers: Eddie Davis, Henry Davis Jr., and Leroy (Linda) Davis.
His sisters: Dorothy Foster, Daisy Griggs and Betty Sue Miller.
And a host nieces, nephews, cousins, other relatives and friends. 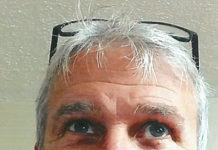 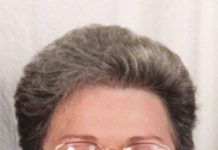