Innette McDaniel, of Quincy, FL was born on March 19, 1948 in Jackson County, Florida and went to be with her Lord on April 20, 2019 surrounded by her loving family.  Innette was of the Baptist faith and dearly loved attending church services at Riverchase Health Center where she resided.  She was a kind and gentle person who loved spending time with family and friends.  Innette enjoyed playing Bingo and rarely missed an opportunity to join a game in progress.  She enjoyed life and was always there to brighten the lives of others.  Innette will be missed deeply by her family and many friends, but never forgotten.

Innette was preceded in death by her parents, Morgan Daniel and Annie Lula Alday; one sister, Mamie Alday; and two brothers, Joseph and Floyd Alday.

A Graveside Service will be held at Mount Pleasant Cemetery on Tuesday, April 23, 2019 at 10:00 AM EST with Rev. Roland Bamburg officiating and McAlpin Funeral Home directing. 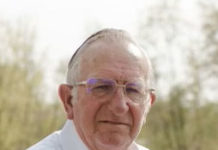 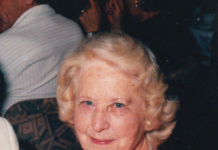