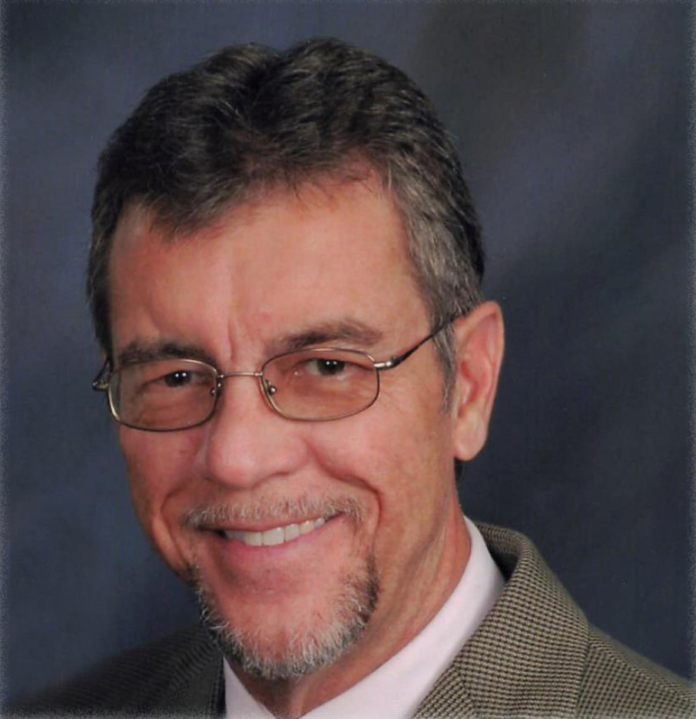 Howard Gaius Johnson, 70, of Grand Ridge, Florida went to his Heavenly home Sunday, January 23, 2022 at his residence. He spent his final evening surrounded by his dear wife, Carolyn, children Adam and Crystal, Crystal’s husband, Trey, their son, Titus, all seven of his siblings, a brother-in-law and a great niece.

Howard was born on January 14, 1952 in Lakeland, Florida to the Rev. J. Foy Johnson and Aline Lee Johnson, and was the sixth of eight children. A 1970 graduate of Lakeland High School, he earned an AA degree from Polk State College; a BA from Florida Southern College; and a Master of Business Administration (MBA) from Nova Southeastern University.

Having grown up in a minister’s home, Howard was involved in many different aspects of church activities. He served as pianist/ accompanist and worked with the Royal Rangers (ministry to boys) at Skyview Assembly of God Church in Lakeland. As a member of Lakeland’s Southside Assembly of God, Howard served as an usher and greeter.

Howard Johnson was, above all, a man of God who loved his family. He would tell anyone that his greatest accomplishments were his two precious children, Adam and Crystal. He loved them very, very much, and spoke of them often and fondly. They were always on his mind, and forever in his heart. His greatest hope for them was that they would follow God all the days of their lives, and that they would know that their dad loved them unconditionally.

His favorite scripture was Galatians 5:22-23: “But the fruit of the Spirit is love, joy, peace, longsuffering, gentleness, goodness, faith, meekness, temperance: against such there is no law.”

Howard was a bright and capable individual with many talents, abilities and interests. His career included teaching math and science in middle and high schools and serving as the Training Coordinator for Polk County Sheriff’s Office. He retired from the City of Lakeland’s Electric & Water Department where he worked as Training Instructor, Personnel Analyst, Assistant to the Managing Director, and Regulatory Programs Coordinator. After retirement, he worked for Publix Super Markets as a Human Resources Investigator, and also for the “Employ Florida” Banner Center for Manufacturing at Polk State College, serving as the Program Coordinator.

Howard was a lifetime member of the Lakeland Optimist Club and served as president in 1991-1992 and in 2009-2010. He was also a volunteer spokesperson and child sponsor for Compassion International, sponsoring needy children in the Philippines.

Howard was an extremely accomplished musician. In high school he was first-chair French Horn player. He was the piano accompanist for the New Dimensions, a vocal ensemble representing Southeastern University (College, at that time), and traveled the Southeast accompanying The Hazelbaker Family, also of Lakeland. He was known for his rendition of “Last Date” by Floyd Cramer and emulated Cramer’s unique piano-playing style perfectly. His musical ability was a God-given talent, as he had no formal training.
Howard was proud to serve his country as an officer in the Army National Guard from 1980-1994, rising to the rank of Captain. His specialty area was field artillery. Ironically, Howard received the Physical Fitness Award in Officer Candidate School. This was a particularly special award, as Howard was afflicted with spinal meningitis at age 10, and his physicians gave his parents no hope of him walking again, or even surviving. But he received a divine miracle and not only survived but thrived!

Howard enjoyed cooking and was known for making Sister Stump’s (a precious lady in his dad’s congregation) Cinnamon Sugar Cookies, and the best chili on the planet- to the delight of all his family members. He also had the opportunity to travel to Israel to see the various Biblical sights and to be baptized in the Jordan River.

He enjoyed riding motorcycles (until an accident curtailed that activity). He also enjoyed camping, kayaking, biking (with his camping buddy, Miles Watson, who preceded him to Heaven), reading, shooting, and music.

Upon moving to Grand Ridge, Howard had many new experiences. He lived the country life, including working with cows and horses and all the “fun” that goes with raising livestock.

Howard was preceded in death by his parents, sister-in-law, Lynda Johnson, and unborn grandchild, Baby Bailie.

A Celebration of Life Memorial Service will be held Saturday, February 19, 2022 at 1:00 EST, at Southside Assembly of God, 4750 Cleveland Heights Blvd., Lakeland, with Howard’s brother, the Rev. Joel Johnson officiating. The service will be livestreamed through the church’s Facebook page. James & Sikes Funeral Home of Marianna, Florida is in charge of the arrangements.