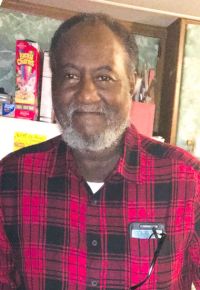 Mr. Herman Edward Stuckey, 65, of Caryville, FL went home to be with the Lord on Tuesday, April 16, 2019 in the comfort of his home, surrounding by his wife and family.

Mr. Stuckey was a native of Ponce de Leon, FL and a member of Cedar Grove Missionary Baptist Church of Caryville, FL.

He was preceded in death by his mother: Ms. Aronia Stuckey and a son, Dexter Stuckey.

A Celebration of life will commenced at 11 AM, Saturday, April 27, 2019 in the sanctuary of Saint John African Methodist Episcopal Church, 308 Knox Hill Road, Ponce de Leon, Florida with the Elder Tony Howard delivering the words of comfort.

Mr. Stuckey will be laid to rest in the Euchee Valley Presbyterian Cemetery in DeFuniak Springs, Florida under the directions of Christian Memorial Chapel of Graceville, Florida.