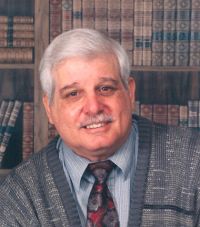 Herbert McNair Burke age 78 of Greenwood passed away on Thursday, February 21, 2019. He was born on March 5, 1940 in Atlanta, Georgia. Herbert has been a resident of Jackson County since 2000, coming from Seattle, Washington and was of the Protestant Faith.

He was preceded in death by his parents, Herbert Burke Sr. and Margaret Parker; children, Paul Ralston and Pamela Boulware, one brother, John S. Burke.

Memorialization will be by cremation.