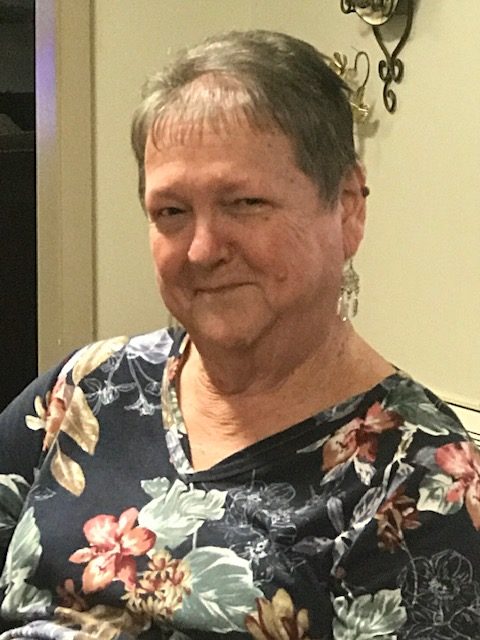 Helen Johnson, affectionately known as Yvonne, of Grand Ridge, FL, passed away on Sunday, March 27, 2022 at Flowers Hospital at the age of 74.

Yvonne was born June 26, 1947 and was raised in the Grand Ridge and Shady Grove area from birth. On August 18, 1961 she married her husband, Clarence, and they lived in several other towns for a couple of years before settling in the Shady Grove Community for over 50 years. Yvonne married at a very young age and had children early in life where she took on responsibility like a champ and became a devoted wife and mother to her family. She always had a meal prepared for her family and anyone else who entered the doors at her home. She was a homemaker for many years before going into the work force. As the youngest child was nearing high school, she became a cosmetologist where she had her own business until carrying her profession to the residents at Florida

State Hospital in Chattahoochee, FL as an employee. She later became a certified nursing assistant where she utilized it in the position of and retiring as a Human Service Worker.

Yvonne loved people and loved to just sit and talk while eating whatever she had prepared. She is well known for her ability to cook and bake sweets, not only by her family but to the community. If you met Yvonne, there was one thing you learned early on and that was that she loved and believed in her husband, Clarence. She thought the sun rose and set by him as well as he hung the moon. Her children said no one could eat a meal until daddy was home to eat with them. As her children grew-up, she was always their biggest fan in everything, especially in sports. If they were playing, she was there and if you were there, you knew she was there. She was active in helping her children with the grandkids and great grandkids. Whatever she was needed for, you could call granny and she would be there to help. One of her annual enjoyments was cooking for her husband’s family reunion and having all the family to come stay with them before and afterwards just so they could sit, talk and eat together. She loved his siblings and spouses like her own and they knew it. She wasn’t one to overly show her affection, but you knew she loved you if she invited you in to eat with them. Yvonne’s presence will be greatly missed in the life of her family.

She was preceded in death by her parents, Ruby Lee Mears Edenfield and James Howard Edenfield; along with her brother-in-law, Jack King.

Yvonne’s sisters include, Lorene Taylor and husband, Haward of Southport, FL and Waunell King of Grand Ridge. She is also survived by a host of aunts, cousins, brother and sister in laws, nieces, nephews and friends.

The family will receive friends for a time of visitation from 5p.m. to 7p.m. on Tuesday, March 29, 2022 at Marianna Chapel Funeral Home.

Those serving as pallbearers will be Craig Johnson, Colby Johnson, Jaythan Johnson, Clay Robbirds, Lynn Taylor and A.J. Sills.Condolences may be made online at www.mariannachapelfh.com