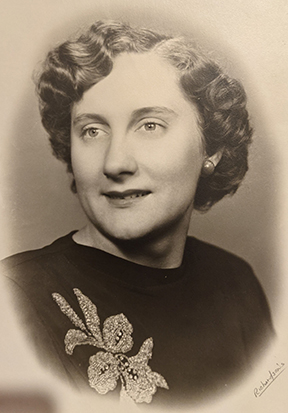 Helen Mae Williams Aldridge, age 90, was born in Compass Lake, Florida, on October 25th, 1930, to Mancel and Blanche (Darden) Williams. She went to be with her Lord and Savior on Tuesday, July 27, 2021 at her home in Marianna, according to her wishes.

Helen graduated from Cottondale High School and after graduation went to Florida State University, where she met her husband, Erbert “Mitch” Aldridge. Soon after they were married, Helen and Mitch became the parents of Carol, followed by Janice.

Helen was a very well-spoken and intelligent woman who decided as a young mother to go back to college to finish her bachelor’s degree in education at Florida State University in 1959, followed by earning her Master’s of Science in Education from Fordham University in 1977.

She dedicated her life to being an educator and promoting literacy in young children which lead her to work in special education within the same district in New York until her retirement. She had the opportunity to travel and explore the world, and yet her heart was led back home to Florida where she returned in 1999, eventually buying a home in Marianna, located within her home county of Jackson.

Helen was her happiest in retirement when sharing a good story over a cup of coffee, fishing, being out on the water, and when traveling to Biloxi to play the slot machines, but always on a budget.

Our Helen was truly a gracious woman of strength, who leaves behind the legacy of being a woman who was not afraid to work hard, to learn, and to achieve your dreams. We are honored to follow in her footsteps.
The family will have a private memorial service at a later date. Marianna Chapel Funeral Home is in charge of arrangements.