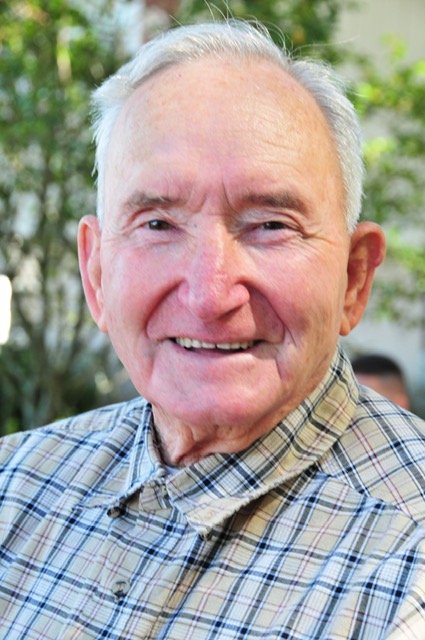 Harry Carter Rich was born in Caryville, Florida on November 10, 1930 to Youmans and Eva Mae Rich. He fell asleep in death at his home Sunday morning, October 24th, 2021, surrounded by his daughters and son-in-law.

After finishing Bonifay High School he began working with the Railroad and later went on to serve time in the Army in a clerical position. Shortly afterward he worked as a firefighter on a Military base in Pensacola, FL. In 1966 he moved to Dothan, AL and began a 20-year career with the City of Dothan Fire Department. In addition to the fire department he farmed, raising vegetables that he sold at a local farmers market and a self-made produce stand in front of his home operated by his wife and older children. Later, with the assistance of his step-son Keith Valley he established a bee farm, raising and selling local honey. Together they named the farm “Rich Valley Apiary.”

On October 20, 1953 he married Sandra Jeanne Sawyer and together they began raising their six children. In 1966 he was baptized as one of Jehovah’s Witnesses. His love for Jehovah was shown in the way he raised his children and the many opportunities he seized in an effort to be used by Jehovah in the congregation where he served as an elder. He also assisted with many theocratic construction projects and had a full share in the ministry, thereby helping others come to know and love Jehovah.

He was preceded in death by his wives Sandra, Marie and Arvella (Penny); parents Youmans and Eva Mae Rich, his sister Mary Alice Webb and his daughter Deborah “Debbie” Jeanne Hobbs.

We would like to express our appreciation for the compassionate and professional care provided by Emerald Coast Hospice in Chipley, FL, Interim Health Care of Marianna, FL authorized by VA and Holmes County Council on Aging in Bonifay. Their assistance enabled him to remain in the comfort of his daughter and son-in-law’s home to the very end, thereby fulfilling the wish of both Harry and his family.

A Memorial Service will be conducted via Zoom by Melvyn Douglas on Saturday, October 30th at 2:00 p.m. CST. The meeting ID and Password will be provided to any friends and family who wish to attend.
To obtain, please call 850-548-5547.