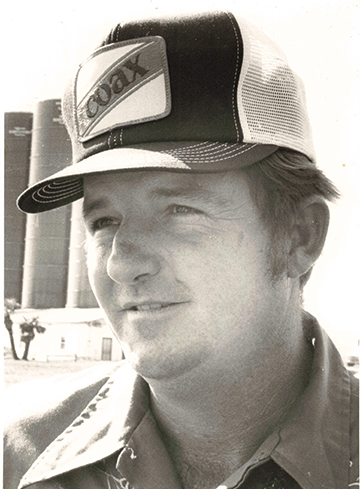 Harold Dean Branch drew his last breath this side of heaven on Saturday, January 2, 2021 at 6:00 AM.

He was born at home in Shady Grove on August 30, 1947 and passed away on the same land 73 years later. He was a man who loved farming and over the course of his life planted peanuts, soybeans, watermelons, cantaloupes and other row crops in Calhoun and Jackson Counties. In the late 70’s he moved his young family to Jefferson County and managed a cattle plantation in Lamont, Florida. Returning to his family land in the 90’s or Branchville as his mother-in-law called Shady Grove. He farmed and operated a trucking company with his sons until his retirement.

He met the love of his life at Shady Grove Methodist Church during a revival when they were 16 years old. They married 2 years later and worked side by side for 55 1/2 years. They raised 4 children which produced 10 grandchildren and 13 great grandchildren.

He was a man of his word and would give you the shirt off of his back. He could talk to anyone and loved to tell stories about the good old days. For most of his life, he was either driving a pickup truck, tractor, semi or riding a horse, but later in life traded all those in for a golf cart that he loved to ride with his great grandchildren. He loved God, his wife, his family, Diet Mountain Dew, and Winstons. He was a hard worker and instilled that trait in his children. He was a devoted son and along with his wife was the main caregiver for his father until his death in 2013.

Harold’s last remaining aunt on his father’s side, Alvie Branch Cauthon, passed away on the same day in South Florida.

He was preceded in death by his parents (Elias Lamar and Avie Dell Hamm Branch) brothers and sister-in-laws (Ethan and Rita Branch, Carl and Janice Branch, and Joy Branch).

He battled Parkinson’s dementia bravely for 6 years with the help of his loving wife. The family would like to thank the nurses for the extraordinary care initially provided by Encompass Health and most recently by Covenant Hospice. We are especially grateful for the care provided over the last few weeks and days which enabled him to remain home even with his rapid decline.

A funeral service is scheduled for Wednesday, January 6, 2021 at 10:00 AM CST at McAlpin Funeral Home in Sneads with visitation on Tuesday, January 5, 2021 from 5:00 – 7:00 PM CST. Due to the ongoing COVID-19 pandemic, face coverings should be worn by attendees while indoors as recommended by the CDC.