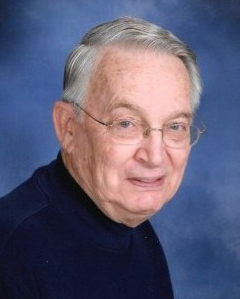 Harold Allan Gardner, most recently of Chattahoochee, Florida, passed away Friday, December 31, 2021, at the age of 85 years with his family by his side. Born in Norfolk, NY, he played goalie for his high school hockey team and met the love of his life, Carol Ann Morgan. After high school, he enlisted in the Marine Corp and spent three years serving at Camp Lejeune and Japan. Many years later, he graduated from Chipola College with an associate degree in criminology.

His work for the Army Corps of Engineers brought a move to Florida in 1964 where he was employed at Jim Woodruff Dam. After his federal retirement, Harold worked at Chattahoochee Elementary School and Apalachee Correctional Institution. When fully retired, he and Carol enjoyed traveling, participating in church and community activities and spending time with family.

His life in Chattahoochee included active membership at the First United Methodist Church where he served many years in leadership positions including their youth programs. Both he and Carol were involved with Big Bend Walk to Emmaus program at Centenary Camp in Quincy, FL, ministering to people from all walks of life.

He joined Chattahoochee’s Lions Club and coached the boys summer baseball teams. Spending his spare time coaching and umpiring, he was dedicated to being fair, playing by the rules and setting an example for many young boys and their parents. He later spent time serving as a Dixie Youth Baseball District and State Director, eventually being appointed as National Director for the State of Florida.

Harold was a man of integrity, possessed a sense of humor like none other and loved his family fiercely and completely. His life was one of compassion for anyone who was hungry, needed a hug or just a “good tease.” There are no words to describe the loss we all feel.

He lived a full and happy life with Carol for 65 years and was a devoted father, grandfather, and great-grandfather. Harold is survived by Carol and their four children, Lori (Lem) Roberts of Panacea, FL, Cathy (John) Steward of Rock Hill, SC, Jeff (Tonya) Gardner of Marianna, FL, and Karen (Mark) Basford of Marianna, FL. Also surviving are his grandchildren Emily, Erin, Jenny, Christopher, Megan, Jeffrey, Shelby, and Suellen and his four great-grandchildren Chris, Oliver, Ollie, and Nora who were all blessed to call him “Papa.” He is also survived by four siblings and a number of nieces and nephews. Harold was predeceased by his parents and four siblings.

The family appreciates the wonderful, loving friends he had over the years that influenced not only his life, but his family’s as well. A special thanks to the staff at the Villas of Killearn Lakes and Big Bend Hospice for their love and support during the last several months – your kindness will never be forgotten.

Services are planned for January 14, 2022, at the National Cemetery in Tallahassee, Florida at 2:00 PM EST. McAlpin Funeral Home in Sneads, FL will coordinate all arrangements. Memorial contributions can be made to the First United Methodist Church in Chattahoochee or to a charity of your choosing.

Condolence may be submitted online at www.mcalpinfuneralhome.com