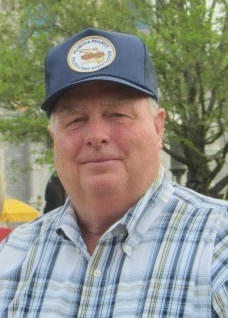 Mr. Gregory Lamar Hall of Malone, Florida passed away on July 13, 2022 at Shands Hospital in Gainesville, Florida. He was 73. Mr. Hall was born on June 4, 1949 in Dothan, Alabama, the son of the late Ben Hall and Carolyn Taylor Hall.

He was a lifelong member of Friendship Baptist Church in Malone, where he served as a Deacon. He loved his church family.

After graduating from Malone High School, Mr. Hall attended Chipola College and the University of Florida where he majored in Agronomy. Mr. Hall joined Alpha Gamma Rho fraternity, which he participated in actively throughout his life. He met his wife, Linda at UF, and they were married on August 21, 1971. Mr. Hall then served in the Air Force Reserves. He and his wife lived in Panama City, Quincy, and Statesboro, Georgia before settling in Malone. Mr. Hall went on to operate his farm north of Malone for 44 years. The Hall family was awarded Farm Family of the Year in 1995. Mr. Hall served as a supervisor for the Jackson Soil and Water Conservation District. He was also on the Board of Directors for the Alpha Gamma Rho Education Foundation, Florida Peanut Producers Association and Jackson County Farm Bureau.

Mr. Hall’s family would like to give special thanks to friends Scott Calloway, Steve Thomas, and Ben Keys for their unwavering support.

The family will receive friends from 8:30-9:30 AM at Friendship Baptist Church.

Serving as honorary pallbearers will be the Men’s Sunday School Class of Friendship Baptist Church.