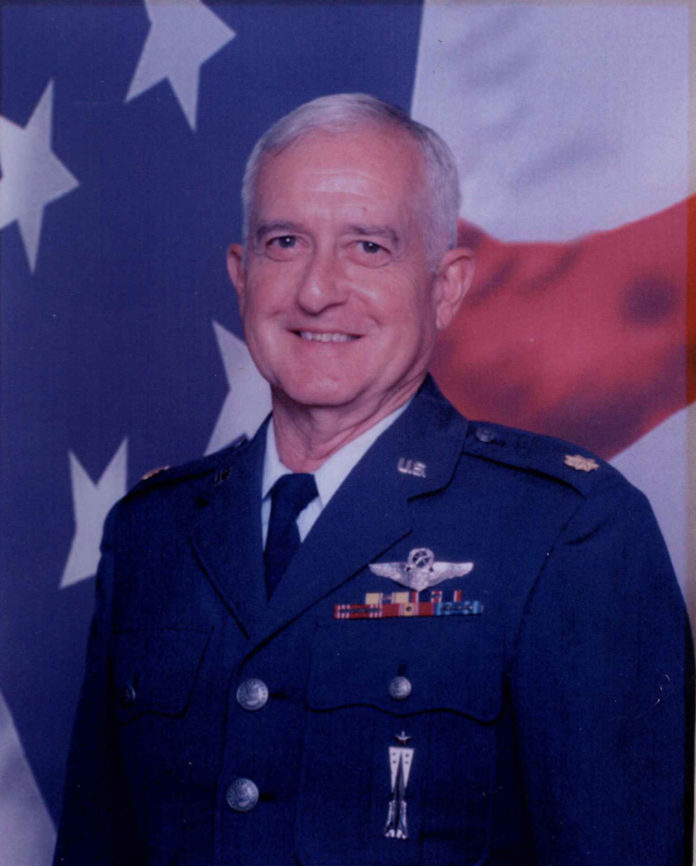 Gerald L. Chatwood (Jerry) was born March 9, 1936 in Marianna FL. He passed away May 1, 2022 at his home with his loving family. Gerald lived part of his younger life between Florida and Indiana. While his parents worked in factories, Gerald stayed with Ma and Pa Anderson and a lifelong childhood friend Johnny Cox. The two boys, grown into adulthood finally reunited after 63 years. The family moved back to Florida during his sophomore year of high school. Gerald played football at MHS. He was president of the Class of 1954. His first step after graduation was to join the United States Air Force. After basic training, Gerald went to Global Radio Maintenance Technical School as an enlisted man. He then served three years in England where he did radio maintenance for all ground radio on base including ambulance, security police mobile and base station headquarters to communicate with other bases. In the seven years that he was an enlisted serviceman, his highest rank was that of staff sergeant. Recognized by the Air Force to have outstanding acumen for academic and technical facets of engineering, the staff sergeant was chosen to attend Arizona State University to pursue his Bachelor’s degree in electrical engineering. Upon completion of that degree, he was selected to continue his studies at the Air Force Institute of Technology at Wright Patterson Air Force Base in Ohio in order to obtain his Master’s degree in Systems Engineering, a two-year program. The completion of these studies saw him move from enlisted status to officer and led the way to more intensive work on rocket and flight systems. While in the Air Force, some of his assignments and duty stations included working on Titan I, Titan II and Titan III, the Inter-Continental Ballistic Missile development program, pilot training at Williams Air Force Base in Arizona and training in the F-4, later the F-16 and then transition to F-22. He also worked at Space and Systems headquarter in Los Angeles, California, Vandenberg Air Forse Base, missile launches for classified satellite booster deployment in space that include reentry vehicle and their Titan I, Titan II and Titan III launch vehicle boosters. The remainder of his career included classified space programs, as well as work on Project Blue Book about UFO’s. He served 20 years and retired with the rank of Major. He notes that his fondest school memories were of Marianna High as a student and later as a teacher. Gerald is preceded in death by his mother, Frances Daffin Chatwood and father, Omer Lee Chatwood. He is survived by his wife Grace Chatwood of 41 years, three sons, Chris Chatwood (Kendra) of Marietta Ga, Jeff Skipper (Marnie) of Panama City Beach, FL, Jerry Chatwood of Pensacola, FL; two daughters, Jenny Clemmons of Marianna, FL, and Franny Hardee of Texas; 13 grandchildren, Drew Chatwood (Mary Kate), Carter Chatwood (Krista), Daniel Clemmons (Missy), Cody Clemmons, Troy Clemmons (Courtney), Randi Jo Hardee (Dak), Torie Noellsch (David), Isaac Hardee (Deana), Zachary Hardee, Skip Skipper (Allison), Jordan Skipper, Jackson Chatwood, and Jacob Chatwood; 11 great-grandchildren, Reagan, Evan, Charli, Haddie Rose, Hadley, Emma, Alivia, Annalee, Fitz, Dakota, and Brexton. Funeral services will be 2:00 PM Thursday, May 5, 2022 at Trinity Baptist Church with Rev. Roland Rabon officiating. Entombment will follow in Pinecrest Memorial Gardens with James & Sikes Funeral Home directing. The family will receive friends from 5-7:00 PM Wednesday, May 4, 2022 at James & Sikes Funeral Home Maddox Chapel. Expressions of sympathy may be made at www.jamesandsikesfuneralhomes.com.