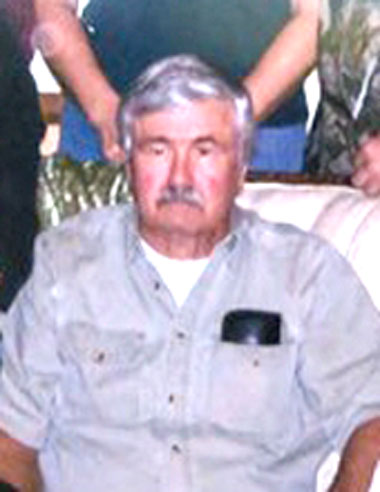 Surrounded by his loving family, George Lathom Hall, 81, passed away at his home in Bascom after a lengthy illness.
George was born on September 13, 1938 to George Collier and Martha Evelyn (Watford) Hall in Malone; his parents preceded him in death as did his brother Harold and infant daughter, Sloan.
George graduated from Malone High School and Chipola Junior College before being drafted for service with the U. S. Army. Upon his return from the Army, he continued his education at both Troy State and Florida State University. His career with the State of Florida spanned over 40 years during which he served in a supervisory role with the Agency for the Aging. There, his ability and dedication made him both a trusted supervisor and a friend to those who worked with him. In addition to his career, George served his church, Bascom United Methodist, as its treasurer and his town as its clerk for many years. Married (04-21-1963) to his beloved wife Ann for 56 years, George was the consummate family man, devoted always to his family, their happiness, and their needs. He will be remembered for his quiet strength and committed love.
His survivors include his wife, Lillian Ann Hall; sons, George Clifford (Demi) Hall; granddaughters, Gail Vaughn (Steven and children Alex and Lily), Michelle Hall (Aaron Malott and child Katjaana), Carmen LeCompte (Richard and children Yasmuir, Luca, and Olivia) Matthew Wayne (Sheri) Hall; daughters, Kaci Cloud (Leighann), Jeri Anderson (Travis and children Tripp, Jett, Axle); daughter, Ashley Ann Adkins (Frankie); grandson, Dent Layton; granddaughters, Caitlin Haney (Will), Taylor Toole (Charlie and unborn child on the way). George’s precious sister, Evelyn (Paul) Moore also survives as well as a host of nieces, nephews, lifelong friends, co-workers and neighbors.
Evidencing God’s miracles in both life and death, George is also survived by his new great granddaughter Olivia Lorelei LeCompte born into the family on Saturday night following his passing on that same morning.
Graveside services will be 10 A.M. Tuesday, November 12, 2019 at Bascom United Methodist Church cemetery with Revs. Wendell Beall & Favious Pittman officiating. James & Sikes Funeral Home Maddox Chapel in charge of arrangements.
The family will accept friends from 6-8 P.M. Monday, November 11, 2019 at James & Sikes Funeral Home Maddox Chapel.
The family wishes to express gratitude to Kindred at Home, Dr. Joe Gay, Rev. Flavious Pittman, and other caregivers who have served so faithfully during George’s illness.