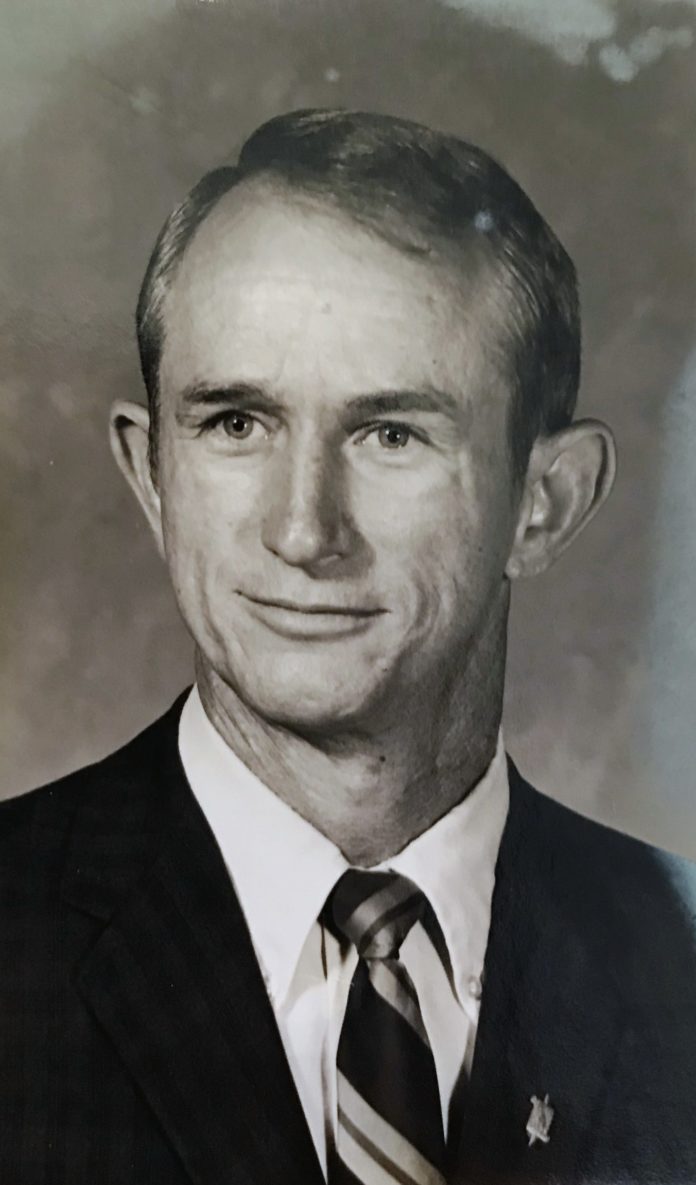 Frederick B. Peters, beloved husband, daddy, granddaddy and great-granddaddy was 91 when he went home to be with his Lord & Savior, Jesus Christ, on July 15, 2022 after an extended struggle with dementia.

Fred was born August 29, 1930 to Lavoyd and Lennie Mae Peters on his grandfather’s farm in Houston County, Alabama. He graduated from Rehobeth High School in 1949, and was chosen by his classmates as being “Most Likely to Succeed”.

During the Korean Conflict, he proudly served in the US Army. As a troop handler, he held the rank of Sergeant First Class and subsequently served with the Alabama National Guard. While serving in the military, he met the love of his life, Dorothy Brock, and they married on August 15, 1953.

He received his B.S. Degree from Troy State University in 1956 and received the Award for Outstanding Achievement as a Student in Business. During this time, he also held the rank of Master Sergeant in the Reserve Army Engineers.

In 1957, Frederick & Dorothy moved to Marianna, FL where he worked as the first Business Manager for Chipola Jr. College and taught accounting and business law for 33 years. Over his tenure, he influenced many young minds and played a critical role in the development of future business leaders. The Frederick Peters Scholarship at Chipola College was established and funded in his memory by a former student.

In 1960, he received his Masters Degree from the University of Alabama where he was selected to be a member of Kappa Delta Phi, the Collegiate National Scholastic Honor Society.

Frederick was a member of the First Baptist Church in Marianna, FL for 54 years, and motivated by his faith in Christ and a desire to serve others, he taught the Senior Men’s Sunday School Class for over 15 years. He also served as the President of the Joy Club. Fred enjoyed being the Treasurer of the American Legion and was the Sponsor of Phi Beta Lambda at Chipola. He also kept a garden for many years, enjoyed extensive traveling with his sweetheart after he retired, and spent as much time as possible with his children and grandchildren.

He was especially proud of his grandchildren: William G. Peters and his wife, Megan, Caleb Frederick Peters and his wife, Jenna, Jacob L. Peters, and Rebecca Peters Holcombe and her husband, Forrest, Joshua R. Peters, Michael L. Ingram, Matthew L. Ingram, Alexandria G. Peters, and Jonathan B. Peters, along with his great-grandchildren: Blake, Presley, Carter, and Jude Peters, Mila Jane Peters, Scarlett Peters, and Saleh Holcombe. He is also survived by his brother-in-law: John D. Brock and his sister-in-law, Virginia.

The Family would like to thank the wonderful caregivers of By Your Side, along with Carol’s Angels, Marianna Health and Rehab, Covenant Hospice, and Dr. Steve Spence’s Office all of Marianna, FL for the care that Fred received during the final months and days of his life.

His Celebration of Life will be held on Friday, July 22, 2022 at First Baptist Church in Marianna, FL with Pastor Vince Smith officiating. Visitation will begin at 10:00 a.m. and the funeral service will begin at 11:00 am. Interment will be private in Pinecrest Memorial Gardens.

The funeral will be live streamed on the First Baptist Church of Marianna Facebook page for those that will not be able to attend the service.

In lieu of flowers, please consider making a donation to the First Baptist Church of Marianna, FL, the Frederick Peters Scholarship at Chipola College, or to the Nicholas Peters Scholarship Fund at Community Christian School in Tallahassee, FL.