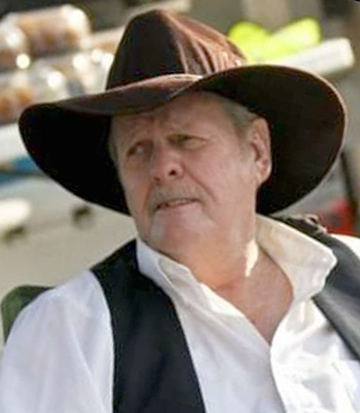 He was born in Miami, Florida and had been a resident of Jackson County since 1983.

Fred attended Providence Baptist Church and had been a student at The Baptist College of Florida in Graceville where he was ordained as a minister. He worked as a mechanic and drove semis for many years and was awarded the 3,000,000 miles award.

He was preceded in death by his parents, Hubert Eugene McSwain and Teola McBroom McSwain; two brothers, Bruce Miller and Curtis McSwain.

A memorial service will be held at 2:00 p.m. CST on Sunday, January 17, 2021 in the Providence Baptist Church with Pastor Charles Kleiser officiating.

Due to the ongoing COVID-19 pandemic, face coverings should be worn by attendees while indoors as recommended by the CDC.

In lieu of flowers, donations can be made to the Providence Memorial Fund (6940 Providence Church Road, Grand Ridge, FL  32442). Condolences can be submitted at www.mcalpinfuneralhome.com . Jared “Tater” Whitehead of McAlpin Funeral Home is assisting the family with the arrangements.