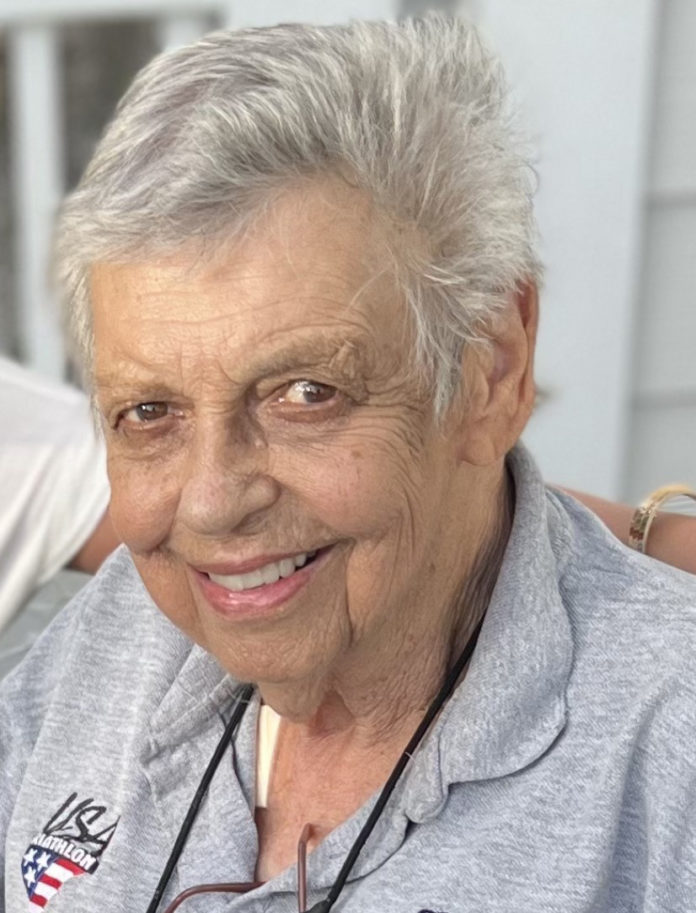 Eugenia (Jean) Rutledge D’Alemberte died on October 10, 2022, in Tallahassee, Florida, after a short illness. Jean was born in Fairburn, Georgia, on June 16, 1938, to Harold Jackson Rutledge and Frances Vickers Bates. She lived in Fairburn throughout her youth. She graduated from Campbell High School and went to the Georgia State College for Women in Milledgeville, Georgia.

Jean and her husband, Dick D’Alemberte, ran the D’Alemberte Insurance and Realty Agency in Chattahoochee for 32 years, selling the business in 1994. Jean did not stop there; she continued to manage several real estate investments throughout Gadsden and Jackson Counties.

Jean was a master at many things, and there was nothing she could not do—NOTHING. For many years, she was a world-ranked duathlete (run/bike/run). She traveled the world competing at the highest level of her sport. She enjoyed fishing, tennis, and golf. After a car accident took away her ability to run, she found other hobbies like gardening and painting. What she loved most in the world was her family. She was so very proud of her children and grandchildren. She made us feel like we could move the world!

Known as a world-renowned storyteller, Jean entertained everyone she met. We hope you all have a crazy “Jean story” to tell your friends, and we hope you will remember the fun times we all had together.

In lieu of flowers, the family requests that memorial contributions be made to the following:

A graveside service will be held at Mount Pleasant Cemetery on Friday, October 14, 2022, at 3:00 PM Eastern Time

McAlpin Funeral Home of Sneads, Florida is assisting the family with arrangements.