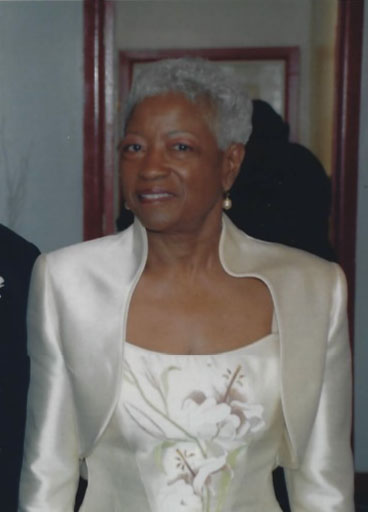 On September 1, 1943, Edna’s most remarkable journey began. Born in Greenwood, FL to Ben and Odell Sims, she and her twin Joseph, were welcomed into the world. Joseph’s path ended short, but Edna went on to live a life big enough for the both of them.

One of thirteen children, Edna’s life was full of love and family, as well as adversity. Struck with Polio at the age of two, she was met with limitations that ultimately never stopped her. Her rich spiritual path started in a home where God was the head. At a young age she accepted Christ into her life and joined Mt. Tabor Missionary Baptist Church. Upon moving to New Jersey, Edna served cheerfully on the Deaconess Board at First Baptist Church in Nutley, NJ under the leadership of the late Reverend Laurence Roberts.

Edna was passionate about life…she lived abundantly, traveled the globe, sold art, did years of work on self-mastery and creating her best life. She gave happily, she loved unconditionally and she inspired everyone who allowed her. The impact she made was far and wide and the loss of her presence on earth will be felt by many.
On Monday, March 22, 2021, in St. Barnabas Hospital, Edna’s bright light went out and she was called to dwell in the presence of God. In addition to her parents and twin brother, she was also preceded in death by her siblings; Otway Sr., Zannie, William Sr., Bertha, Ruth, Rubin, Nancy and Mattie.
A legacy of love and memories will forever remain with a fiercely devoted family: soul mate and husband, Jimmy Golden, Sr. of East Orange, New Jersey; son, Jimmy Golden Jr. and wife Monique of Allentown, Pennsylvania; daughter, Kimberly Golden-Adams and husband Murray of East Orange, New Jersey; grandchildren, Gabrielle Golden, Wali Golden, Corey Golden, Isaiah Golden and Tiffany Adams; great grandchildren, Cameron Nunley, Cassian Gonzalez; sister, Gehazel Sims of Greenwood, Florida; brothers, Ben Sims, Jr. of Greenwood, Florida and Edward Sims and wife Eloise of Irvington, New Jersey; brother-in-law, LD Highsmith of Greenwood, Florida; special friends, Richard and Ruthie Carter, Mazzie Kenon; special daughters, Shwanda Griffin, Lori Golden; the entire Faithful Christian Ministry under the leadership of Pastor Dennis and Suzette Malloy; and an abundance of nieces, nephews, cousins, other relatives and friends.
A public viewing for Edna will be held Friday, April 2nd from 2-5p.m. at Peoples Funeral Home Chapel.
A celebration of life will be held graveside Saturday, April 3rd at 11a.m. at Mt. Tabor Missionary Baptist Church Cemetery with Pastor Dwight Cockerham, Sr. and Min. Jimmy Golden, Jr. officiating. Interment will follow with arrangements entrusted to the Caring Staff at Peoples Funeral Home of Marianna.