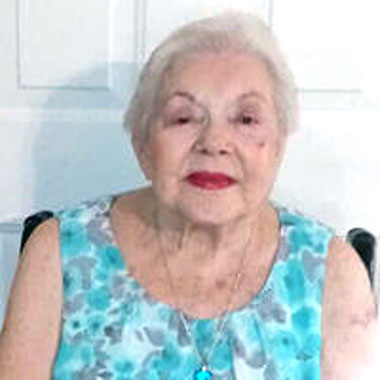 Dorothy (Dot) McCollister Swett Satkamp, loving mother, aunt, grandmother and great-grandmother, age 95 of Panama City Beach, FL, passed away March 11, 2021, at home. She was born in Rattan, Louisiana, and had lived in Florida since 1944. She graduated from Pisgah High School in Toro, Louisiana, and Vincent Business College in Lake Charles, Louisiana. She later attended Chipola College in Marianna, Florida. She retired from Buzz Leonard Motors as office manager in 1994. After retiring she worked as a volunteer for Bay County Council on Aging and Hospice of the Emeral Coast. She enjoyed playing bridge, bunco, dominoes, working in her flower garden, walking on the beach, swimming and water aerobics. She was preceded in death by two husbands, Joseph Swett, William Satkamp, her sons Joseph Swett, Jr. and Thomas Swett, her parents John and Trudie McCollister, two brothers, J.A. and Frankie McCollister, and three sisters, Thelma Dewil, Cumiea Rains and Gwen Wilkerson all of Louisiana. She is survived by her son John Swett, step-sons Bill and Mark Satkamp, her granddaughter, Kimberly Onorio, grandsons John Eric, Ryan, Michael, Matthew, and Joseph Swett, and numerous great grandchildren, nieces, nephews and great nieces and nephews.