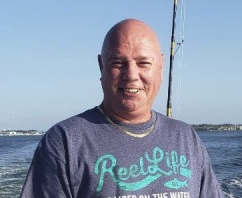 It is with great sorrow that we announce the death of Donald Wayne Barbee, age 59, of Grand Ridge, FL, who passed away on November 11, 2022, at UAB in Birmingham, AL. He passed away peacefully with family by his side. His passing is mourned by many.

Donald Wayne was born at Jackson Hospital on April 10, 1963, to Don and Hazel Barbee. Most of his life was spent in Grand Ridge, FL. During high school, Donald Wayne excelled at sports, basketball, and baseball. After high school, he spent some time in college but discovered his love of working with Ducky Johnson’s House Movers, where he worked for 41 years.

After the birth of his children, Nicole, Haley, Delaina, Trentin and later his grandchildren, Kennedy and Avalynn, Donald Wayne spent his time following their sports teams, school events, and any other activities they became involved in. Sunday dinners at his house were an event. Donald Wayne’s children and grandchildren were the loves of his life.

Donald Wayne was an integral part of his community. Throughout his life, he coached various sports teams and touched the lives of many. He joined the town Council and was active in making town improvements such as the park and water pad.

All his life, Donald Wayne was known for his outgoing personality, witty humor, and his giving heart. He enjoyed deep sea fishing, a little hunting and was an avid FSU fan. He always looked forward to the annual cruise, sponsored by his work. Donald Wayne was one of a kind and will be missed by many.

The family will receive friends for a time of visitation from 5 P.M. to 8 P.M., Tuesday, November 15, 2022 at Marianna Chapel Funeral Home.