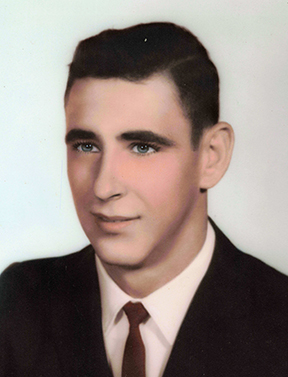 Donald was born on October 8, 1942, in Steele City, FL to Noah Brannon and Evelyn Barnes Brannon. Donald was a lifelong resident of Jackson County.

Donald was a graduate of Cottondale High School and after high school he began his first career as a long-haul truck driver in between trucking jobs Donald and his long-time high school buddy Mack Glass would buy and “peddle” tools across the southeast tri-state area. Donald spent twenty years as a truck driver before beginning his second career at Apalachee Correctional Institution. He spent twenty-seven years in dedicated service to the State of Florida as a correctional officer sergeant, retiring in 2007. Donald loved to fish and enjoyed playing golf as well. He volunteered many hours working on the grounds or using his carpentry skills at his church. He was a kind and gentle person who loved spending time with his family, especially his grandchildren. Donald loved an interesting conversation and almost never met a stranger. He was a person of faith and lived his life serving others. Donald will be missed by all who knew him.

Donald was preceded in death by his parents; two brothers, Gene Brannon and Douglas Brannon and his precious wife of 59 years, Audry Ann Brannon.

Flowers are appreciated or in lieu of flowers memorial donations can be made in Mr. Donald’s name to St. Jude Children’s Hospital ~ 501 St. Jude Place, Memphis, TN 38105.

Celebration of Life Services will be held on Wednesday, November 9, 2022, beginning at 3:00 PM Central Time at McAlpin Funeral Home Chapel with Rev. Glenn Dunham officiating. Visitation will begin one hour prior to services at 2:00 PM Central Time. Interment will follow at Dykes Cemetery.