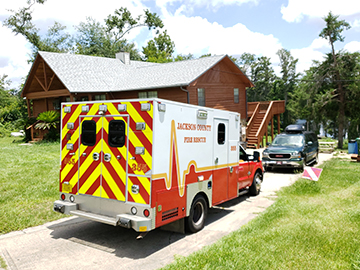 Details are limited concerning a diver who left on a dive around 6 a.m. this morning and did not return at his scheduled time of 8 a.m. Dive crews and EMT personnel reported to the area but it was Edd Sorenson who recovered the body around midday Wednesday. The identity of the diver had not been released at press time.

In other news, a kayak was found on River Road at the first bridge with no one in sight. Jackson County Sheriff’s Department, Sneads Police Department and Florida Wildlife Commission reported to the area with FWC taking the lead. At press time, they had ruled it was an abandoned kayak.