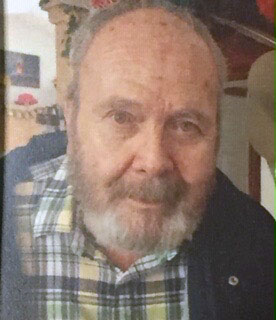 Dennis Maxson passed away on February 4, 2021 at the age of 79 in Marianna, Florida.

Dennis was born in Laurel, Montana on August of 1941. After graduating from high school, he went to Eastern Montana College in Billings, Montana and received a teaching degree. Later, he went on and got his masters. While going to Eastern, he met Carol Young who had just moved to Billings from Owosso, Michigan. They were married in August of 1962. While Dennis finished his degree, Carol taught in Billings. His first teaching position was 5th grade at Russell Elementary School in Great Falls, Montana. He taught 5th grade for 4 years and then became one of two of the district’s environmental education teachers (all grades from 1st thru 12th). He had several different partners over the years that he taught. He loved his job and continued teaching environmental education until he retired in 1999. He considered it the perfect job as he loved the outdoors and wanted kids to appreciate the environment and all it has to offer. For several summers, he taught driver’s education. He was delighted to have three daughters: Julie born in 1968, Rachel in 1970, and Brooke in 1974. He taught them the love of the outdoors. A few years after he retired, he and his wife bought a truck with a camper to travel the southern states during the winter months. In the spring of 2004, they discovered the city of Marianna in the panhandle of Florida while stopping to go through the caverns in the Florida Caverns State Park. There just happened to be a house on the water with a big area and lots of trees that was for sale so they purchased it. Since October of 2004, they spent their winters in Marianna and their summers in Montana. They moved to Eureka, Montana after selling their home in Great Falls. Due to the hurricane that put a tree on the house and then the last spring due to the covid virus they were unable to return to Montana. Dennis developed Dementia and so they became Florida residents at the beginning of this year. Dennis played many roles over the course of his life: husband, father, grandfather, uncle, son, brother, cousin, friend, singer, artist, builder, landlord, fish store owner and operator, field trip organizer, and leader. Dennis was an all-around great person. He always said that he wanted to help at least one person each day.

Dennis was preceded in death by his parents and his brother of Laurel, Montana and at birth, by his grandson Cohen’s twin, Braden Grant of Colorado Springs.

No services are planned at this time. Marianna Chapel Funeral Home is in charge of arrangements.