Mr. Dennis Lee Beechem age 95 of Jacob City, FL passed away Wednesday February 17th at the Signature Healthcare of North Florida in Graceville, FL.
A Graveside funeral service will be held 11a.m. Saturday February 27th at St. Missionary Baptist Church cemetery in Jacob City with Reverends Obadiah White, James Dickson, David Pittman and Eric Griffin officiating . Mr. Beechem will be laid to rest with Military Honors and with Mckinnie Funeral Home of Campbellton, FL directing.
A public viewing will be held 4 to 6p.m. Friday February 26th at Shi’ra Sr. and Chelcie Mckinnie Memorial Chapel located 5304 Bowden Hill Road Campbellton, FL.
Life began to the soul of Mr. Dennis Lee Beechem on May 29, 1925; he was born to the late Charlie Brigham, Sr. and Louise Bryant Beechem. He was adopted and raised by the late Deacon Bud Beechem as his own. He was the youngest of three siblings.
He was raised in a Christian home and confessed faith at St. Michael M. B. Church, but later at an older age he made his confession of faith and accepted Christ as his personal savior and joined St. Mary Missionary Baptist Church family, where he remained faithfully until his health failed.
He received his education through the public school system. He married his childhood sweetheart Hazel Beechem, who preceded him in death. To this loving union one son (Johnnie Dennis Beechem) was born.
He joined the Army as a young man and fought for our country in World War II, where he was wounded but never gave up. He received metals and military honors. He was truly a military man and he always carried that pride. Even though he was considered a Disabled Veteran, he journeyed on.
He was never a lazy man and he worked because he knew what survival meant. He retired from the Bay-Line Railroad Company, did some farm work and took care of his ailing wife when she became disabled to the best of his ability.
He was a gifted guitar player and singer. God has truly blessed him down through the years and he thanked him every day. His favorite song was “Won’t It Be Grand”. Mr. Beechem never met a stranger, he loved his family and friends, but most of all he loved Christ with all his heart and mind. He will truly be missed by all who knew him.
He was preceded in death by his parents, wife and brother: Charlie Brigham, Jr.
He leaves to cherish his memories, son: Johnnie Dennis Beechem (Patricia) of Jacob City, FL; six grandchildren: Quintin Beechem (Vivian) of Campbellton, FL, Johnnie Beechem, Jr. of Jacob City, FL, Roderick Beechem (Devita) of Lakeland, FL, Shakari Beechem of Mobile, AL, Johnathon Beechem of Jacob City, FL, Rhondetta Boyd of Long Island, NY; six great-grandchildren: Quintin Beechem II (Chelsea), Brienne Jenkins, Roderick Beechem, Jr., and Yanna Beechem all of Lakeland, FL, Eunique and Chane Boyd of Long Island, NY; five great-great-grandchildren: Kensleigh, Emery, Brayden, McKinley, McKenzie all of Tallahassee, FL; sister: Martha Mitchell Washington of Jacob City, FL; two nieces: Louise Crawford (Dennis) of Jacob City, FL, Gail Robinson of Austin, TX; three nephews: Charles Mitchell (Michelle) of Detroit, MI, Willie Lennox of Port St. Joe, FL, Ricky Robinson of Toleda, OH; a special cousin: Hattie Mullins of Jacob City, FL, and a host of great nieces, nephews, cousins, other relatives and friend. 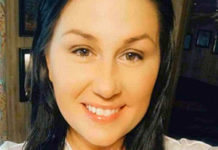 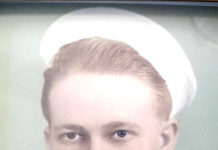 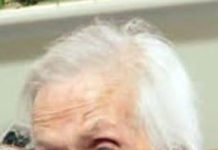