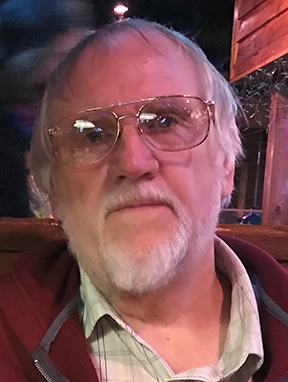 David R. Peacock, III, age 64, of Chattahoochee, FL, passed away in Tallahassee, FL on Saturday, July 31, 2021. He was born on January 10, 1957 in Lexington, Virginia. David was a veteran and proudly served his country in the United States Navy for six years. David graduated from Chattahoochee High School in 1975. He met the love of his life Lisa Martin; they married and relocated to Bainbridge, Georgia spending the next thirty years there. David worked for thirty-one years for the City of Bainbridge serving on the Board of the GMA Gas Section and nine and one-half years for Harp and Associates. For the last ten years David resided in his beloved hometown of Chattahoochee with his wife, Lisa. David loved serving the Lord in many roles through the years. He was a member of the First United Methodist Church of Chattahoochee and as a young man, David was chosen to serve as one of the first acolytes of the church. He had been chairman of the finance committee, served on the church council and on the Board of Trustees as well. David enjoyed life, family members and many friends. He was always there to brighten the lives of others.

He was preceded in death by his father, David R. Peacock, Jr.; his mother, Frances Harbin Peacock; one sister, Priscilla Peacock Clark; a brother-in-law, Don Clark; his father-in-law, Gordon Martin; and a sister-in-law, Cindy Rogers.

Funeral services for David will be held at 10:30 AM EST on Tuesday, August 3, 2021 in the First United Methodist Church of Chattahoochee with Rev. Mike Hutcherson officiating. Burial will follow in the Sycamore Cemetery in Greensboro, FL with military honors provided by the American Legion Post 241 of Sneads, FL. A time of visitation will be held on Monday, August 2, 2021 from 6:00 PM EST until 8:00 PM EST in the chapel at McAlpin Funeral Home in Sneads, FL.